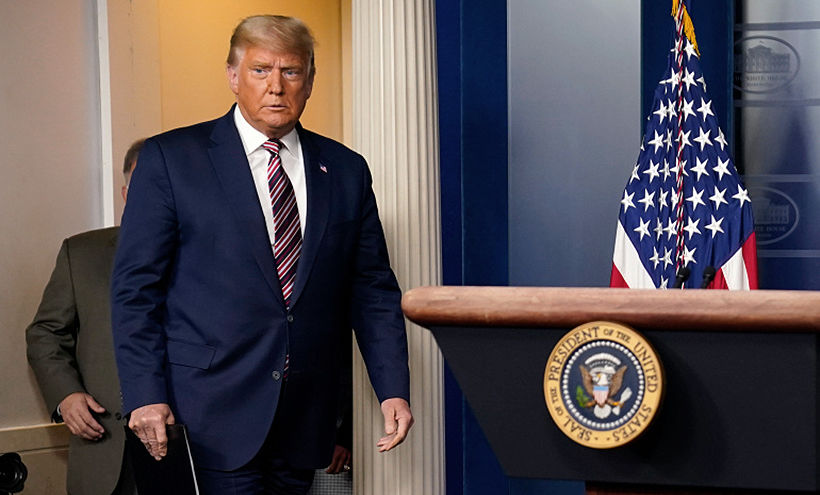 The US Supreme Court has rejected a last ditch bid from the Texas’ state attorney general, supported by President Trump, to block ballots of millions of voters in key battleground states that voted for President-elect Joe Biden. The Supreme Court order was unsigned, and the court did not provide a vote count from the sitting judges, but there were no public dissents in the order.

The Supreme Court’s order dismissed the challenge. It’s the most sturdy rebuff to the challenges from some Republicans and the Trump Campaign team to overturn the election result. After failing in state courts, the Trump campaign team, accompanied by the support of several Republican attorneys general and GOP lawmakers, turned up the pressure in a final push to have the country’s highest court weigh in on the allegations.

“The State of Texas’s motion for leave to file a bill of complaint is denied for lack of standing under Article III of the Constitution. Texas has not demonstrated a judicially cogniable interest in the manner in which another State conducts its elections. All other pending motions are dismissed as moot.”

Hours ahead of the last night’s court decision, the US President called on the Supreme Court to intervene in the election, but seemed to acknowledge the reality that President-elect Biden would become the next president.

So far, amidst widespread allegations of voter fraud and vote tampering, the Trump campaign lawyers have yet been able to produce any substantial evidence to win any substantive challenges in state courts, with the exception of some minor procedural litigations.

President Trump now has no chance to overturn the election results in court. Today’s court order comes from even the justices whom the President hand-picked, showing they have no interest in allowing legal bids and allegations of voter fraud to continue.

The US Electoral College will now convene on Monday, US time, to affirm President-elect Biden’s win, the final in a series of steps following the November 3 election for a new US President.

The lawsuit, brought by Texas Attorney General Ken Paxton sought to sue the Pennsylvania, Michigan, Georgia and Wisconsin states, and invalidate their election results. It was a bizarre state-versus-state vexatious litigation that few legal experts believed held any chances of being entertained by the US Supreme Court.

President Trump and his legal team have spent 5 weeks peddling increasingly desperate appeals and conspiracy theories about his second presidential term being “stolen”. Despite his lawyers presenting affidavits and hundreds of “examples” of alleged voter fraud and theories about how the votes were tampered, US courts have been almost unanimous in throwing out the barrage of cases.

A Republican election lawyer Ben Ginsberg commented that President Trump’s crusade to undermine the presidential election results through rhetoric and court challenges “put a huge stress test on our democracy.”

“The Republicans who did follow Donald Trump really have an obligation now to make the country strong again, to heal the chinks that Donald Trump tried to put in the foundation of the country and the democracy,” he said on CNN’s “The Situation Room”.

The Supreme Court said that the state of Texas had not demonstrated that it had the legal right to bring the suit.

In a statement accompanying the order, Justices Samuel Alito and Clarence Thomas said they would have allowed the case to be filed, but would grant no other relief.

Most of President Trump’s lawyer’s cases have hinged on hearsay and conjecture, including hundreds of sworn affidavits from voters who alleged they had witnessed examples of fraud and vote tampering. The lawyers have mostly admitted they didn’t have specific evidence proving their allegations yet, but demanded to review ballots or confidential elections data more closely to see if they can find proof of fraud.

BTS are the Time Magazine Entertainer of the Year 2020