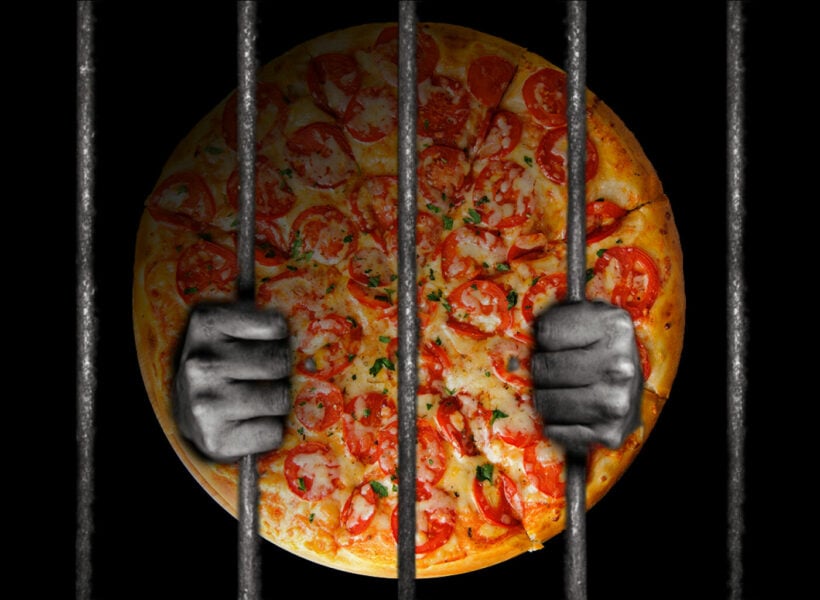 Have you ever just had a really strong food craving? In a Swedish prison this week, 2 inmates were able to take 2 guards hostage and refused to release them until their demand was met: pizza. The pair of inmates incarcerated in Hallby high-security prison outside of Eskilstuna on murder charges were able to force their way into a secure area for prison guards where prisoners were not allowed. Once inside, they grabbed 2 guards at around 12:30 pm holding them hostage and demanding a fresh-baked ransom.

A mediator was sent in and negotiations began, with Swedish media reporting that the rogue prisoners only had 2 requests. They asked for 20 pizzas for all the inmates in the prison, perhaps a goodwill gesture or a going-away present, as the second demand was an escape helicopter.

A spokeswoman for the high-security prison confirmed that the hostage-takers did receive the pizza that they requested. She explained that once the pizzas were delivered to the inmates, the two guards were safely released. Neither guard was harmed in any way and the two were able to end their eventful shift and head home to their families.

After the pizza-craving inmates had their pizza and surrendered, they were taken back into custody and brought to the local police station for questioning and presumably to face additional charges for kidnapping.

The media reports did not specify if there was pineapple on the pizza.

MikeW
3 hours ago, Craig said: Pizza should be offered in any hostage negotiation.  Pepperoni.   Then I have a hostage I want a large super supreme pan pizza extra cheese and mushrooms ?

gummy
1 minute ago, MikeW said: Then I have a hostage I want a large super supreme pan pizza extra cheese and mushrooms ? And would your hostage like a large Hawaiian ?

Bluesofa
15 minutes ago, gummy said: And would your hostage like a large Hawaiian ? This is no time to be discussing sexual preferences.

Dedinbed
10 hours ago, PapayaBokBok said: They say sex is like pizza--no matter how bad it is--its still pretty good.... Or as my ex bird Donna said " would you like some of my kebab " ..