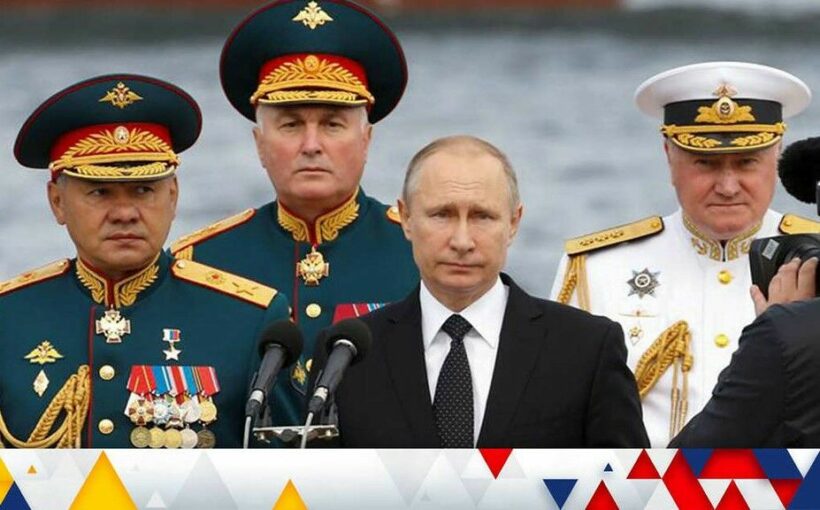 PHOTO: Flickr/Just Click's With A Camera

Vladimir Putin has used his Victory Day speech to defend the ongoing war on Ukraine, pointing the finger of blame at the West and the government in Kyiv. The Russian president was speaking at the start of an annual military parade in Red Square, which has traditionally commemorated the Soviet defeat of Nazi Germany.

In his attempts to mobilise support for the ongoing invasion of Ukraine, Putin has insisted Russian troops were defending their country, implying the situation is a continuation of World War 2.

“You are fighting for the Motherland, for its future, so that no one forgets the lessons of the Second World War.”

In repeated attempts to maintain and grow support for the invasion, Putin has tried to draw parallels with what Russians know as the Great Patriotic War. He continues to claim that members of the Ukrainian government, including President Volodymyr Zelenskyy, who is Jewish, are Nazis.

According to an AFP report, Putin made no big announcements during his speech yesterday, despite some speculation that he might use the occasion to announce an escalation of the conflict.

The Russian president instead continued to defend his so-called, “special military operation”, claiming Kyiv and the West had been planning to invade areas such as the Donbas region and Crimea, which Russia annexed in 2014.

Of note, Putin said Russia was not seeking to escalate the situation, emphasising the importance of doing, “everything so that the horror of a global war does not happen again.”

Nor did he acknowledge that the war has now gone on for 2 months, with no end in sight, although he did recognise the “irreparable loss” for families of Russian troops killed in battle, promising government support.

Around 11,000 troops took part in yesterday’s march on Red Square, alongside over 130 military vehicles. However, a fly-past of Russian military aircraft was cancelled due to bad weather.

Russian National Guard troops were deployed across Moscow, with the letter “Z” displayed on patches worn on their arms. The letter has become a symbol of support for Russia’s war on Ukraine. The letter was also displayed on vehicles taking part in yesterday’s parades, as well as on flags carried by marchers.

Fanta
19 minutes ago, Thaiger said: mobilise MSM sure has a hard on for that word as of late. Here is Putin’s complete speech - http://en.kremlin.ru/events/president/transcripts/68366 Suggestion to the writer - if you are going to quote parts of a speech include the…
EdwardV
16 minutes ago, Fanta said: no place in the world for torturers, death squads and Nazis. That’s called irony. 17 minutes ago, Fanta said: You are fighting for our Motherland Works better when you are not the one who started the war.
Morpheus
This DH is going to pay dearly in the long for his personal agenda against Ukraine. Nothing to do with nationalism, just wanks to take control of Ukraines assets and world markets. I think Mafia Thug somes up his regime.