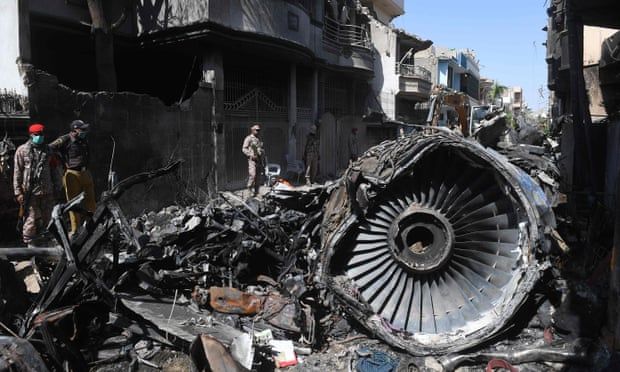 A preliminary report over last month’s Pakistani plane crash reveals the pilots made errors that caused them to crash the plane, resulting in the loss of 98 lives.

The pilots were reportedly distracted as they were chit-chatting about the coronavirus and didn’t even bother to lower the plane’s landing gear. Furthermore, they tried to land the aircraft when they were more than twice the altitude that they should have been when approaching the landing strip, and had disengaged the plane’s autopilot.

The preliminary report records the flight’s chaotic final minutes and a series of errors complicated by communication failures with the airport’s air traffic control. According to a probe last year, 262 of Pakistan’s 860 active pilots had fake licenses or had cheated on exams – including an unspecified number of PIA pilots.

Pakistan has a poor military and civilian aviation safety record, with frequent plane and helicopter crashes.

But it wasn’t just the pilots’ fault as the report also indicated that air traffic control saw the Airbus 320’s engines scrape the runway emitting a shower of sparks, but did not tell the cockpit.  The scraping damaged the engines contributing to their failure as the plane attempted a second landing, resulting in the deadly crash.

The Pakistan International Airlines plane crashed into a crowded residential area on May 22 at Karachi airport, killing all but two people on board, and a child on the ground.

A full report is expected to be released at the end of this year, but details that have already come to light that signal the list of errors by both the pilots and air traffic control.