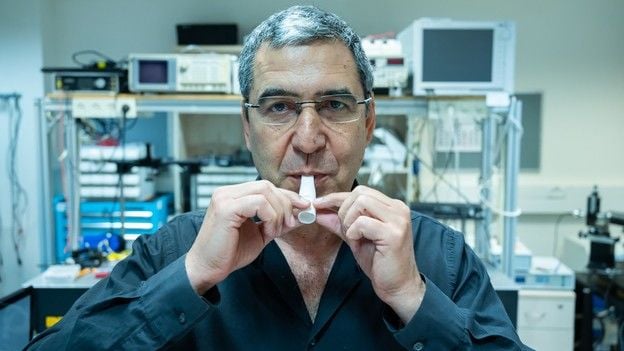 Israel has reportedly developed a breathalyser that may be able to detect the Covid-19 virus in those who don’t even show symptoms, making it a potentially promising way to control the spread of the virus.

The new technology is set to be used on airplanes and other methods of travel where it can identify if the virus is present on someone’s breath-at an accuracy rate of 92%. However, the technology first needs to be tested on those who have received certain vaccines, like the measles, to see if it can be adapted to detecting Covid-19.

The way it works is by putting the sample collected into a capsule and then placing the capsule into a microwave-like machine that uses an electronic nano chip to detect whether the virus is in the sample. The virus’ particles, if present, will interfere with the electromagnetic field resulting in a positive detection.

The technology was developed at Ben-Gurion University of the Negev in Israel with plans for the new way of testing to reach more countries after its approval.

On top of the new breathalyser, a germ-killing light machine has been developed that will also help tackle sanitation in large places such as airplanes. The UVC light destroys germs’ DNA and reportedly works well for influenza, viruses and other bacteria. The new light is set to be rolled out for usage on airplanes soon as it can fastly sanitize large areas. However, other public places will most likely adopt the new technology if it proves successful.