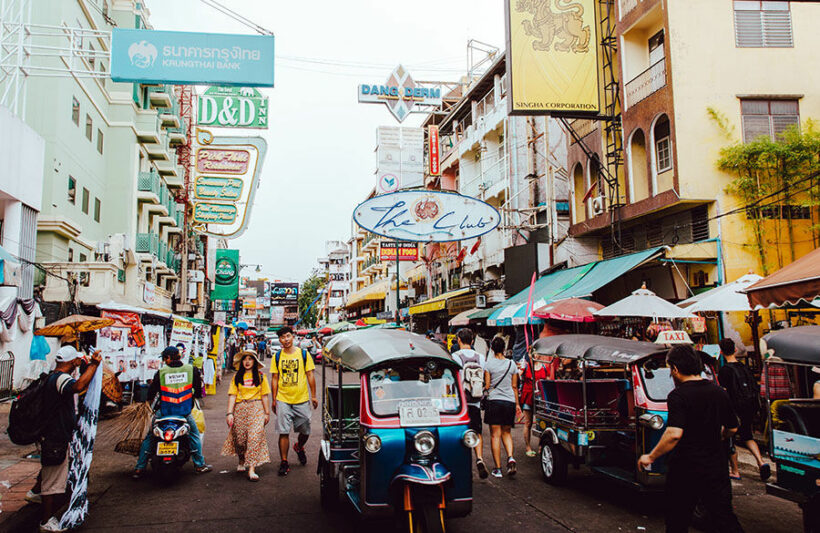 Bangkok’s Khaosan Road, for decades a pilgrimage for backpackers from all over the world, looks set to reopen in August. A well-loved tourist mecca for browsing, eating and night life, the thoroughfare has undergone a revamp during lock-down, and now boasts a new road surface, traffic barriers and newly-planted trees.

Similar work is planned for the city’s Kraisi, Rambuttri and Tani roads, which are all nearby. Deputy Bangkok governor, Sakoltee Phattiyakul, says contractors are still required to carry out the work, which is expected to cost in the region of 44.5 million baht or US$1.4 million. He confirms Khaosan’s makeover is nearly finished and the road should be ready to reopen in August.

However, his repeated (and controversial) attempts to remove street vendors from Khaosan have so far failed, although vendors have yet to be chosen to set up their stalls on the street. Sakoltee says some parts of Khaosan and neighbouring roads won’t have space for street vendors, due to an increase in trees and recreational spaces.

His overhaul of Khaosan has been praised in some quarters, by those who believe the revamp was long overdue. However, others say it will destroy the unique character and atmosphere that (in normal times) draws travellers from around the world.

Meanwhile, a report in Coconuts says Yada Pornpetrumpa from the Khaosan Road Vendors Association says the organisation plans to meet with city officials at the end of this month, in order to discuss the street vendors’ plight, but adds that she does not expect a list of approved traders to be ready by then.