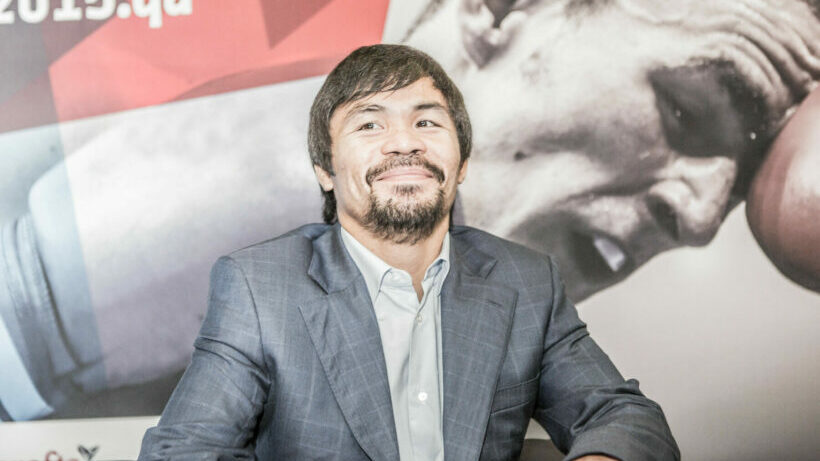 Manny Pacquiao, the Philippine boxer and politician, has announced that he will run for president in next year’s election. He has been nominated as a presidential candidate by a faction of the ruling party, PDP-Laban. The 42 year old boxer currently serves as a senator in the Philippine parliament.

The incumbent, Rodrigo Duterte is prevented from running for another term but has been snagged by a rival party faction to run as a vice-president. Critics have derided this manoeuvre as a ploy to maintain power. Days prior to Manny accepting his party’s nomination, Duterte’s longtime aide, Christopher “Bong” Go, was also nominated as a presidential candidate. The aide said he didn’t want to succeed the current president. One of Manny’s rivals in the presidential arena is the current president’s daughter, Sara Duterte-Carpio, who often leads the polls.

If elected president, Manny has stated he will wage a war on corruption and poverty. He has alleged that 10 billion pesos intended for pandemic aid to the poor is unaccounted for. Duterte had previously challenged the senator-boxer to name some officials who were corrupt. Manny fired back that Duterte’s reign as the president was over.

As a boxer, Manny last fought professionally in August. Outside of the ring and politics, he has recorded several songs, including a cover of “Sometimes When We Touch” by Canadian singer Dan Hill. Fellow Canadian musician, Drake mocked the song which led to Manny recording more music.

Poolie
He could win too.

riclag
He’s a national hero and extremely popular . In the ring he was spectacular. I don’t know his agenda or the agenda of his backers ! Duterte has made a impression on world by his dealings with crime and drugs…

AlexPTY
Arnold did that, it didn't end well. Stick to fighting dude. those concoctions are not good for making decisions for the country. Plus Duterte already want ted by ICC, he's not going to leave the post easily
HolyCowCm
Duterte also has been pushing his daughter to run who is quite popular as a Mayor of a city I think.. But of course we know how that would be. Unfortunately the people love this guy but let's hope they…