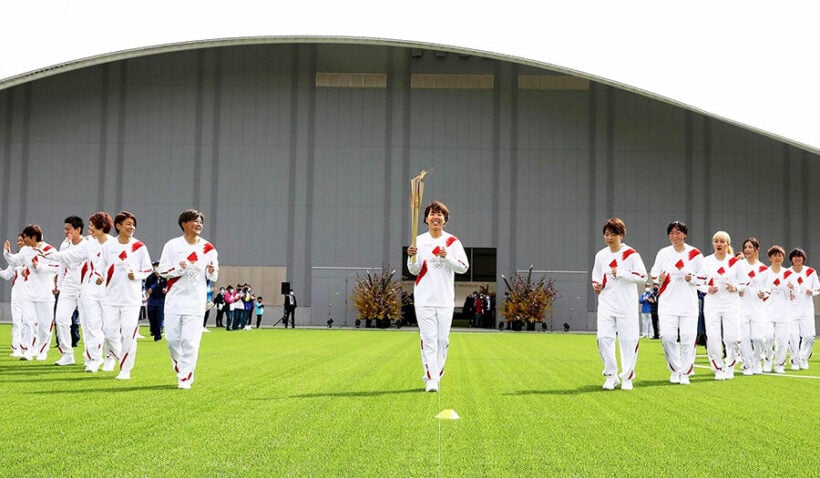 Japan has officially kicked off its countdown to the postponed 2020 Olympic Games with a torch-lighting ceremony in the prefecture of Fukushima yesterday. The lighting of the torch comes 10 years after a 2011 earthquake and tsunami caused the meltdown of 3 nuclear reactors in the prefecture. The Japanese women’s football team, winners of the 2011 World Cup, started the relay from the J-Village training complex. Footballer Azusa Iwashimizu was the first of 10,000 torchbearers to carry the flame under the theme of, “Hope Lights Our Way”.

Nation Thailand reports that the Olympic flame will make a 120-day journey, across 857 locations, before arriving at the National Stadium in Tokyo on July 23. Officials are discouraging large gatherings to see the torch, in order to comply with Covid-19 restrictions. The pandemic led to the postponement of the games last year.

Meanwhile, Thailand has begun its own countdown to the Games, by launching its “Flag of Nation” relay, a journey through 35 provinces over 61 days. The Thai flag will leave Bangkok’s National Stadium and will be carried by 4,568 athletes, celebrities, and members of the public, before arriving at Suvarnabhumi Airport, from where it will take off with Thailand’s Olympic athletes on May 27.

The Olympic Games, still under the 2020 banner, are scheduled to begin on July 23 and will run until August 8.