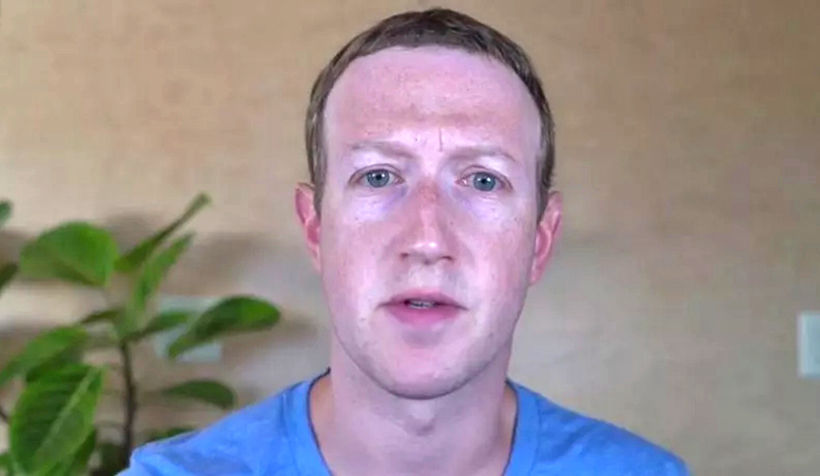 Social media giant Facebook saw 56 billion dollars (1.73 trillion baht) wiped off its market value when markets closed Friday, after a slew of major advertisers announced a boycott. Some of the biggest brands are showing their displeasure about Facebook’s reluctance to curate the hate speech, fake news and political propaganda from the hugely popular platform.

Facebook’s share price plunged by more than 8%, with shares expected to cost $212.50 when markets re-open Monday, down from $235 on Thursday. Bloomberg reports that the downturn took 7.2 billion off Mark Zuckerberg’s net value, removing him from the list of the world’s 3 richest.

The plunge is the largest the company has seen in several months, and appears to be triggered largely by Unilever and Coca-Cola’s moves to join an advertising boycott of the platform. Honda’s US operations also joined the embargo. Unilever says…

“We have decided that starting now through at least the end of the year, we will not run brand advertising in social media newsfeed platforms Facebook, Instagram and Twitter in the US. Continuing to advertise on these platforms at this time would not add value to people and society.”

Coke CEO James Quincey said the soda giant would be “pausing all of its social media advertising for at least 30 days,” adding that his firm “expected greater accountability and transparency from our social media partners.”

Honda, Unilever and Coca-Cola are just the latest to join the advertising boycott led by several civil rights groups, including the Anti-Defamation League, the NAACP and Sleeping Giants. The “Stop Hate for Profit” campaign urges businesses to stop advertising on Facebook in July, and is critical of Facebook’s record on policing its platform. Other major brands include the telecoms giant Verizon, outdoor clothing maker Patagonia, and Ben & Jerry’s. According to a list compiled by Sleeping Giants, Levi’s and Lululemon have also pledged not to advertise on Facebook in July.

“We already restrict certain types of content in ads that we allow in regular posts, but we want to do more to prohibit the kind of divisive and inflammatory language that has been used to sow discord. So today we’re prohibiting a wider category of hateful content in ads.”

He says the company will specifically prohibit claims that people of specific races, nationalities religions and minority groups pose a threat to others under its advertising policy.