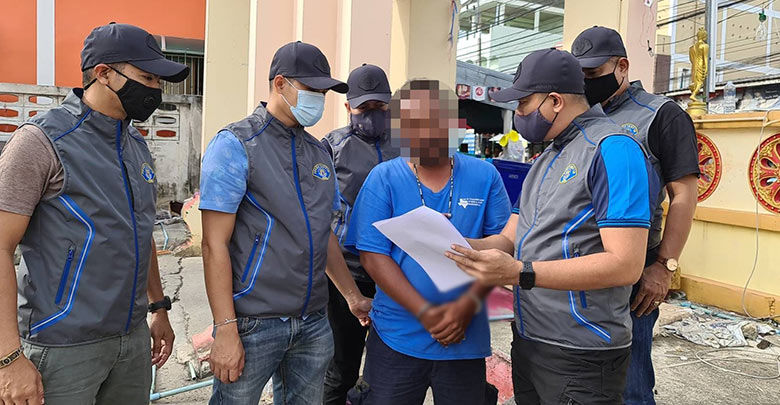 Police arrested a man allegedly involved in decade-old burglaries. A group of security guards robbed a factory where they worked and have been hiding from police since 2007.

The 44 year old man known as Tuk-Kae was arrested in southern Thailand’s Nakhon Si Thammarat province. Police say they hope the arrest will lead to new information about where the other suspects are.

Tuk-Kae and 3 other security guards allegedly robbed their workplace in the Chonburi province on July 22, 2007 and July 29 in the same year, stealing motorbike chains. The former employees then went into hiding, according to police reports. Apparently the group robbed a factory again about 2 years later on January 8, 2009, stealing 20 air conditioner condenser units.

Man arrested for killing a wild elephant in southern Thailand