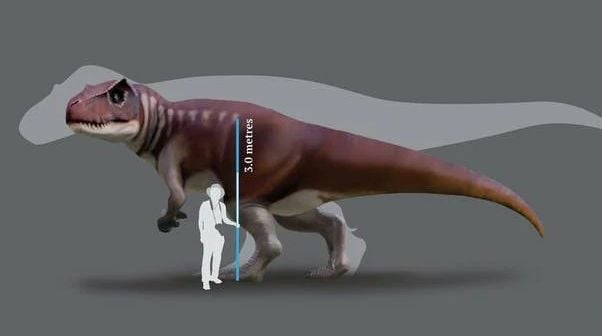 Fossilised dinosaur footprints discovered in Australia have indicated that dinosaurs almost as large as the North American Tyrannosaurus Rex also roamed the lands down under. The footprints, measuring almost 80cm long, were discovered some 90 years ago by coal miners in Queensland and they appear to be older than the T. Rex fossils by about 90 million years.
The difference in ages suggests that the prints belong to a different predatory dinosaur. While similar to T. Rex in size and dietary preference, they may have been slimmer and more elongated in appearance than the North American T. Rex.

The newly discovered dinosaurs appear to have been fast runners after experts analysed the distance between their steps, indicating they could run at speeds of up to 35 kilometres per hour. To put that into perspective, the average human can sprint at around 24 kilometres per hour.

As other large dinosaur tracks have been documented across Australia, not many this large have been discovered that appear to be carnivores. Dinosaur fossils the size of chickens or smaller have previously been the only ones discovered to be meat-eaters.