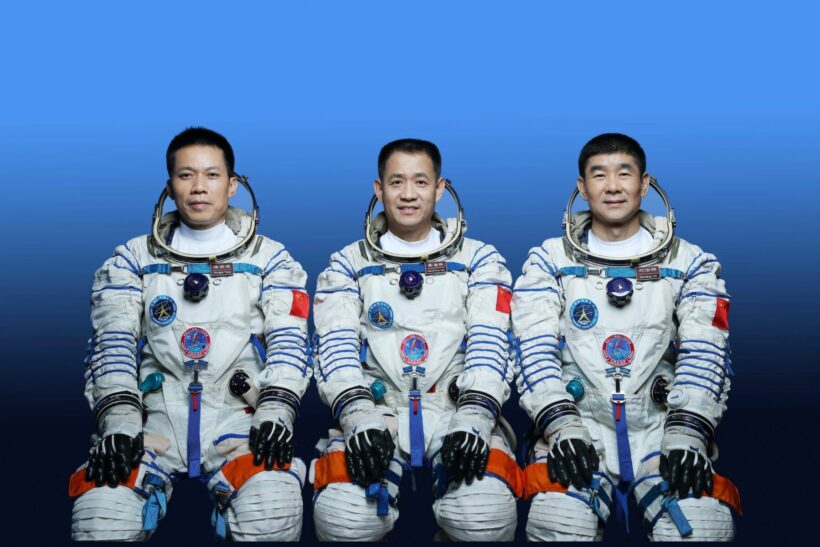 Yesterday, China, launched its first crewed space mission in 5 years. 3 “science minded” military pilots shot to a new orbiting station that they were expected to reach about midafternoon. It was launched in Jiuquan, a northwestern area of China.

Like a scene out of a movie, the astronauts were watched by various spectators from space officials and other military personnel to a crowd of children that waved flowers and flags and sang patriotic songs. The astronauts gave a final wave to the crowd and then entered the elevator to take them to the spaceship.

They are rocketing to space in the Shenzhou-12 spaceship. It is launched by a Long March-2F Y12 rocket that shot off soon after the goal time of 9:22 am. There was near perfect visibility at the launch centre on the cusp of the Gobi Desert.

The spaceship has 2 veteran astronauts and 1 rookie. The rookie is making his 1st journey into space. The astronauts are scheduled to remain 3 months on the “Tianhe”, or the “Heavenly Harmony”, performing experiments and testing equipment. They will also prepare the station for expansion prior to 2 laboratory modules are launched in 2022.

2 minutes into the flight, the rocked drooped its boosters. Then, the coiling around the Shenzhou-12 at the highest point of the rocket. 10 minutes later, it detached from the rocket’s upper section, stretching its solar panels. Soon, it was in orbit.

The travel time has been shortened from the original 2 days it needed to reach China’s previous experimental space stations.

A myriad of improvements had been made to “significantly lessen the pressure on the astronauts”.

A 3 member crew will bring supplies in 3 months.

Since 2003, this mission will mark the 14th astronaut china has launched into space. Which places it behind the former Soviet Union, and the United States, which is number 1.

There are 8 more missions planned for the following year.

Due to U.S. objections surrounding China’s programs secrecy, and its military ties, china does not participate in the International Space Station. However, China has been working increasingly with Russia and other countries. dfs

It was not stated whether the astronauts are listening to any music in space to relax, such as jazz.