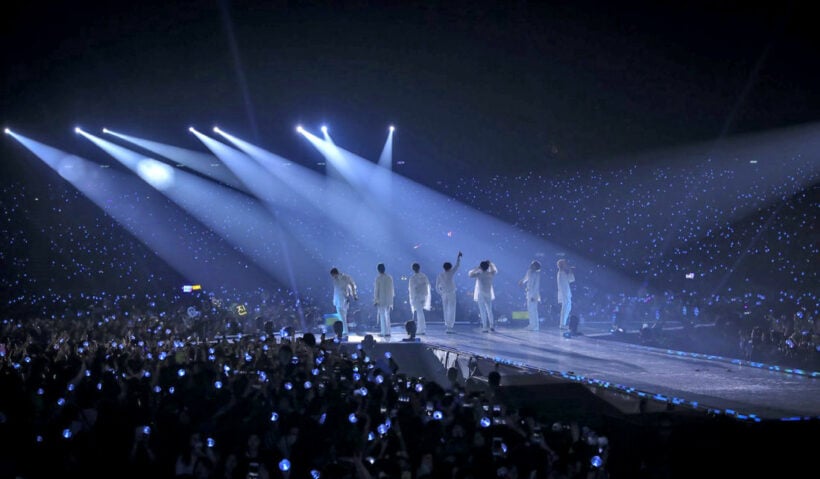 PHOTO: BTS performing in front of 60,000 fans during their “Love Yourself” tour in Hong Kong – SCMP

No band has ever commanded a concert stage, alone, in Saudi Arabia. Remarkable but true. But South Korea’s BTS is breaking down yet another barrier with tonight’s stadium concert in the Kingdom.

Aside from being their first ever concert in Saudi Arabia, it will be Saudi Arabia’s first ever solo stadium concert by a foreign act. BTS, debuting in South Korea in 2013, have since been breaking records and the ‘Bamboo Ceiling’ to become the biggest band in the world.

In Nam-sik, a professor at the Korea National Diplomatic Academy who specialises in the Middle East says that Saudi Arabia is a very conservative country and it is trying to open up more in recent years.

“Until recently, concerts were forbidden, but the country started to acknowledge that people want cultural events. Saudi Arabia wants to show the world that it is changing. Allowing BTS to perform in the country is a significant step in its reform endeavour.”

The leader of South Korean boy band BTS has spoken out about their upcoming concert in Saudi Arabia, saying it wasn’t an easy decision to play in the kingdom which has been criticised over its human rights abuses.

“But we were officially invited. It’s been a while since we’ve performed in the Middle East.”

“If there’s a place where people want to see us, we’ll go there. That’s really how we feel,” added 23 year old singer Jimin.

Industry pundits see this as an important milestone that signifies BTS’ phenomenal world popularity. And if successful, it could open up many more opportunities for K-pop and Korean culture as a whole.

In Saudi Arabia, which still enforces gender segregation based on a strict interpretation of Islamic law, it was only in the past two years that women were given the right to drive, as well as enter stadiums to watch sports games and concerts. BTS’ concert venue King Fahd International Stadium only allowed women to enter for the first time in September 2017.

In July, BTS attracted criticism after they announced tonight’s show in Riyadh, the capital of Saudi Arabia. Some fans pointed out the apparent contradiction between BTS’s tour message,”Love Yourself”, and Saudi Arabia’s criminalisation of same-sex relationships.

Though none of BTS’s members are openly LGBTQ, the group has been seen as sympathetic towards the LGBTQ community, especially compared with other K-pop groups who tend to stay silent on controversial topics.

“BTS will be the first foreign artist to have a solo stadium concert in Saudi Arabia. Things are changing in the Kingdom. The success of this show could open doors to endless opportunities and possibilities,” said film producer Tanuj Garg on his Twitter.

But there’s also been social media backlash against the septet’s concert tour in the Kingdom.

“Artists have been boycotting Saudi Arabia due to flagrant human rights abuses against women activists and the LGBTQ+ community,” one Twitter user said.

“BTS are UN representatives and everyone involved here should have known better.”

BTS has sold out stadiums around the world in a record breaking “Love Yourself” tour in the US, Brazil, the UK, Germany, France, Netherlands, Canada, Japan, Taiwan, Hong Kong, Thailand and Korea during their sold-out world tour, to a total live audience of over a million (1,044,320 to be precise). 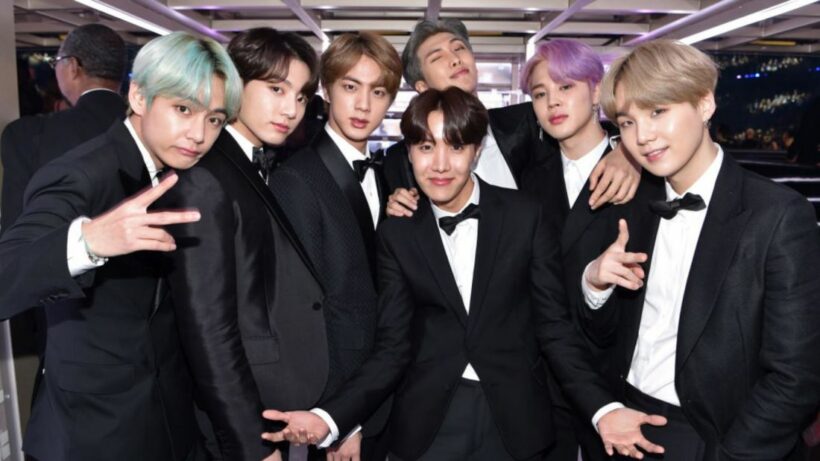 Trade talks resume between China and US but hopes fade