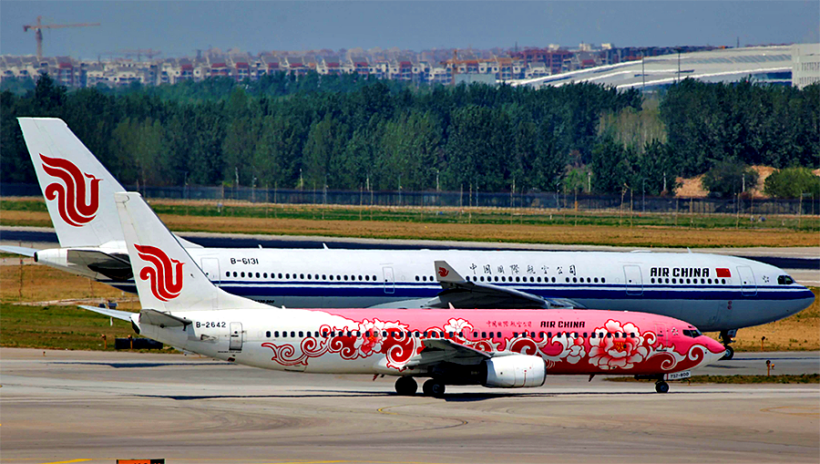 China Eastern Airlines has grounded its fleet of Boeing 737-800s – some 108 planes in the China Eastern fleet along with another 117 planes it flies with subsidiary airlines. That’s a lot of planes, in either the first or second largest aviation market in the world, depending how you measure it.

Number of passengers on airlines worldwide in 2020, by registration country (in millions)… 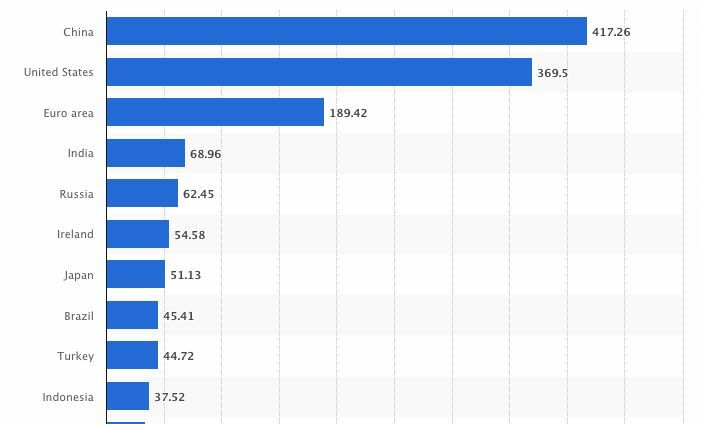 Last week a China Eastern Airlines, which operated the crashed Boeing 737, killing all 132 on board, left the world’s second largest commercial jet manufacturer with even more headaches.

At this stage we don’t know what caused the crash. But even if the evidence shows that the plane was not at fault, Boeing has huge problems in what was going to be the “period of recovery” after the 737 Max fiasco, which had become the US manufacturers’ low point in an otherwise stellar career, leading the world’s commercial aviation market.

Boeing projected that the Chinese aviation market would be worth US$1.5 trillion over the next 20 years. But that estimate is now in tatters.

Boeing finds itself on the verge of being virtually shut out of the region as trade tensions between the US and China have almost completely stalled Boeing sales to China for the last four years. On top of that, China’s Covid challenges have stalled (probably could have used a better word) the previously busy, and fast-growing, Chinese domestic market.

Boeing hasn’t announced any commercial aircraft sales to a Chinese passenger airline since the end of 2017. And even if orders were made in the next few years, unlikely under the current circumstances, it would take many more years to roll out those orders.

Boeing continued to deliver jets to China in 2018 and early 2019. But only 40 have been delivered since March in 2019. That was when, first China, then the rest of the world, grounded the Boeing 737 Max model aircraft following two fatal crashes that ended up being traced back to faulty software and allegations of systemic internal problems with safety at the US manufacturer.

Read The Thaiger’s review of a Netflix documentary about Boeing’s management failures that led to the crash of the two 737 Max jets HERE.

Other airlines in the world eventually cleared the Max model jet to fly again after 20 months of soul searching and thorough inspections from the US FAA. But in China, where aircraft safety has become one of the most scrupulous in the world, they waited another year to clear the controversial plane to fly in China’s skies.

So with an ongoing trade war, the problematic history with the Boeing 737 Max, and now the crash of another 737 jet, albeit from an earlier series, Boeing’s future is at risk in the fastest growing aviation market in the world.

In 2017 and 2018 China accounted for nearly a quarter of Boeing’s global deliveries. That’s now dropped close to almost zero… actually 7 aircraft last year and none this year. Indeed, the lack of deliveries into China has allowed Euro-rival Airbus to pass Boeing in 2019 as the most popular commercial manufacturer in the world… measured by deliveries.

The current situation in China threatens to cement the widening gap between the two rivals.

Now there’s certainly been plenty of airline insider gossip about Boeing fudging agreements and selling a few planes to Chinese airlines, either through a third party leasing company or through undisclosed sales where the buyer is not made public. And, of course none of this could happen without the approval from the Chinese government.

For their part, the Chinese government want to keep using the ‘Boeing’ issue as part of their leverage in the ongoing, and somewhat protracted and complicated, trade war negotiations between the US and China.

Certainly the Boeing CEO Dave Calhoun is acutely aware of losing one of Boeing’s most lucrative future markets. He explained to investors last October about the significance of the Chinese market to Boeing and urged negotiators to find some sort of resolution soon. Well, of course, he wants to sign up a few sales. He also knows the longer the reluctance of China to buy Boeing planes, for whatever reason, the more difficult it will be to lure Chinese airlines to the Boeing family of passenger jets.

Since 2018 Airbus has been delivering more planes than Boeing into the Chinese market and will become the predominant brand of aircraft in China after the Boeing brand being more popular in the past. But, worldwide, Airbus has now passed its long term rival and that situation is now happening in China.

Once airlines make a conscious switch to a new brand of aircraft, or even a new model jet, it becomes more difficult to switch back with the costs of re-training, maintenance, new supply chains for spare parts, pilot training, etc etc.

But it’s not as if the two big aircraft manufacturers make exactly the same products, like for like. Both Boeing and Airbus have a different range of aircraft that slot into various markets… design parameters including the number of passengers, flight distance, fuel efficiency, cargo capacity, even cargo versions of the planes.

Whilst it’s easy to compare Boeing 737s with Airbus A320s, the two are still quite different aircraft with variations in design elements and variations of model type, although most passengers wouldn’t know, or even care, once they’re sitting inside.

So whilst the Chinese aviation market may pivot to a mostly Airbus fleet, they’ll never be able to get all the aircraft they need from a single manufacturer.

If the current turbulence for Boeing in China results in them losing a large chunk of their market, the US manufacturer will be relegated to being a permanent No. 2 globally behind Airbus… such is the size and potential of the Chinese aviation industry.

And then there’s the looming upstart of a Chinese built commercial competitor called COMAC, and especially their single-aisle counterpart, the new C919. Comac has over 1,000 sales commitments including 305 fully paid deposit orders, but mostly from Chinese leasing companies or local airlines at this stage. But that’s another story on our next flight.

For now, Tim Newton signing off from The Thaiger flight deck. Rookiescot
3 minutes ago, Cathat said: Btw running over a small bit of FOD such as a vortex generator that ruptures a fuel tank that leads to an un contained fire most certainly is a technical failure. The types airworthiness certificate…

Benroon
On 4/5/2022 at 5:26 PM, Cathat said: boeing and airbus are both naive if they genuinely believe their pie in the sky future market predictions. the chinese are masters at reverse engineering any product, improving on it then manufacturing and…

BigHewer
Provocative content, personal insults and references to them have been removed. Off topic posts also removed. Let’s stay on topic please and refrain from personal comments and bickering. Debate the content, sure, but do not attack the member. Thanks, Moderator

Mudshark
http://China Eastern resumes Boeing 737-800 flights China Eastern Resumes flying the 737 800 models, although no report on the crash or on the information recovered from the black boxes, has been issued.