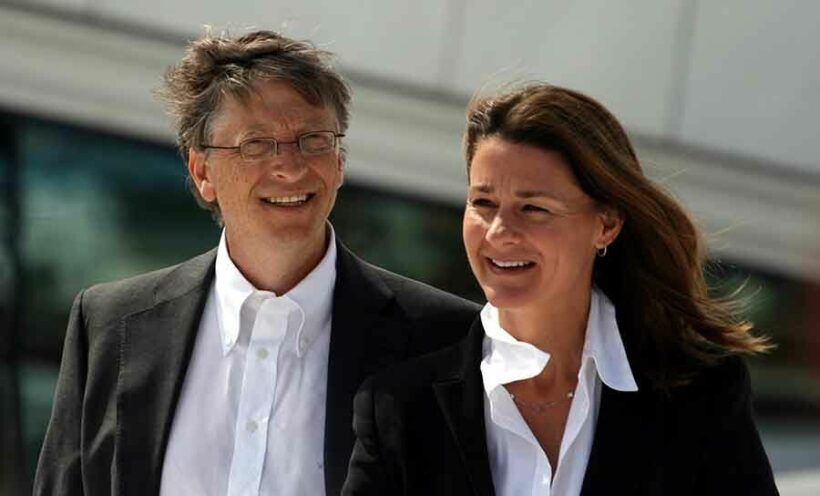 Philanthropist and entrepreneur Bill Gates has announced that he and his wife of 27 years, Melinda, are to divorce. The world’s 4th wealthiest person posted a joint statement from the pair on his Twitter account yesterday, according to an NPR report. 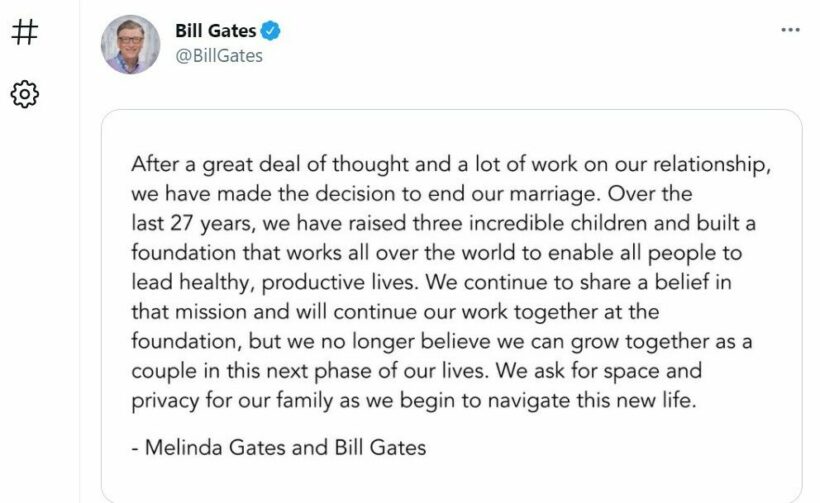 Bill Gates is reported to be worth more than US$130 billion dollars, having made his fortune with the Microsoft Corporation, which he co-founded with Paul Allen in 1975. He stepped down as a board member early last year. The Gates say they will continue to work together as chairs of the Bill & Melinda Gates Foundation, which they founded in 2000. According to the NPR report, the foundation is now the largest private charitable foundation in the world. It provides funding to projects that focus on reducing poverty and improving health in developing countries. It’s understood Bill Gates has donated over US$35 billion in Microsoft stock to the foundation.

The Covid-19 pandemic thrust Bill Gates into the spotlight, when the foundation announced its intention to spend US$300 million on fighting the virus, including funding the development of medical treatments and a vaccine. His high-profile involvement sparked a range of conspiracy theories among sceptics on social media, each more outlandish than the last. He has been accused of leading the New World Order – a cabal of global elites. Others claim he plans to make Covid-19 vaccination mandatory – because he’s managed to embed 5G chips in each dose.

In 2019, his wife Melinda, a former general manager at Microsoft, published a book in which she discussed the challenge of being a mother and the wife of one of the wealthiest men in the world. In The Moment of Lift: How Empowering Women Changes the World, she also discusses the problem of women’s inequality within and outside of marriage in the US. She is the founder of Pivotal Ventures, which she created to advance social progress and promote equal opportunities for all in the US. The organisation is a separate entity to the Bill & Melinda Gates Foundation.