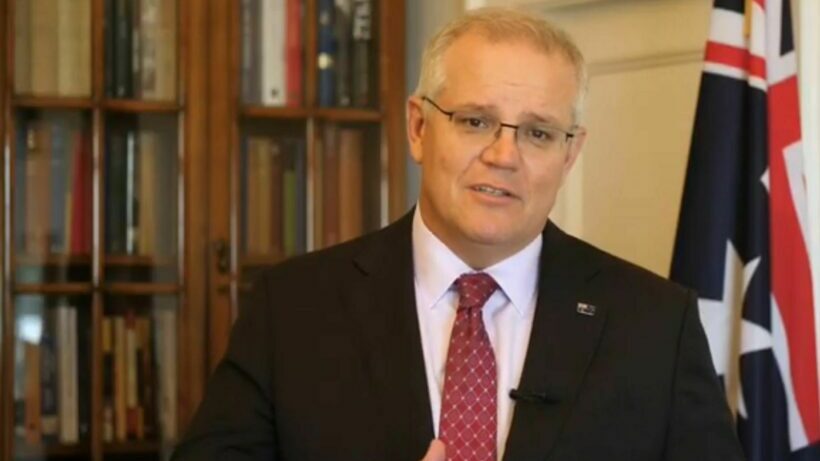 The Australian PM, Scott Morrison, who is facing pressure to adopt a 2050 net-zero carbon emissions goal said today that he may not go to this year’s UN climate summit in Glasgow, Scotland due partially to his extensive travels this year.

Australia is noted for being the world’s largest coal exporter by value as well as still being dependent on fossil fuels for the majority of the country’s electricity. The Bangkok Post notes that Australia has not given a firm commitment toward its greenhouse gas reductions. In fact, the PM has asserted that Australia will mine and export fossil fuels for as long as there is a demand from consumers.

When asked about his attendance at the global climate crisis in 2 months, the PM says no final decisions have been made. He says he has already made several trips abroad this year and spent a good deal of time in quarantine.

“I have to focus on things here and with Covid., Australia will be opening up around that time. There will be a lot of issues to manage and I have to manage those competing demands”.

The nearly 2 week summit in Scotland represents the biggest climate conference since the milestone conference talks in Paris, France in 2015. The meeting is viewed as a critical chapter in establishing worldwide emission targets to slow global warming. Even if the PM does not make it to the meeting, Foreign Minister Marise Payne says Australia will still be “strongly represented” at a senior level.

The PM went on to say that he is attempting to get the government and the country to work together on commitments in providing certainty for the next 2 to 3 decades. He has been embroiled in arduous negotiations over establishing a net-zero target within the conservative coalition government, an alliance between his Liberal Party and the Nationals, who derive most of their support base from rural and mining communities.

Soidog
19 minutes ago, JohninDubin said: I agree that it is something that requires urgent attention, but only because the population timebomb is a lot closer than their rapid increase in carbon footprint size. Regarding the figure where resources are overwhelmed…
Bob20
Just now, Soidog said: Yes some scary scenarios you highlight there. It has worries me for a long time the amount of food the U.K. imports. It seems the slightest of knocks can upset the supply chain in many areas.…

JohninDublin
24 minutes ago, Soidog said: Yes some scary scenarios you highlight there. It has worries me for a long time the amount of food the U.K. imports. It seems the slightest of knocks can upset the supply chain in many…

Soidog
39 minutes ago, JohninDubin said: And yet Western Europe has enjoyed 76 years of peace. That's the longest in recorded history of 2500 years. I don't know about you, but I blame the EU for that. I think the formation…

Hamosity
7 hours ago, JohninDubin said: Solar energy is now by far the cheapest source of power if accumulated on a "solar farm". However, put a solar panel on your roof, and it takes about 30 years to pay for itself.…

Study says Covid has reduced life expectancy the most since WWII