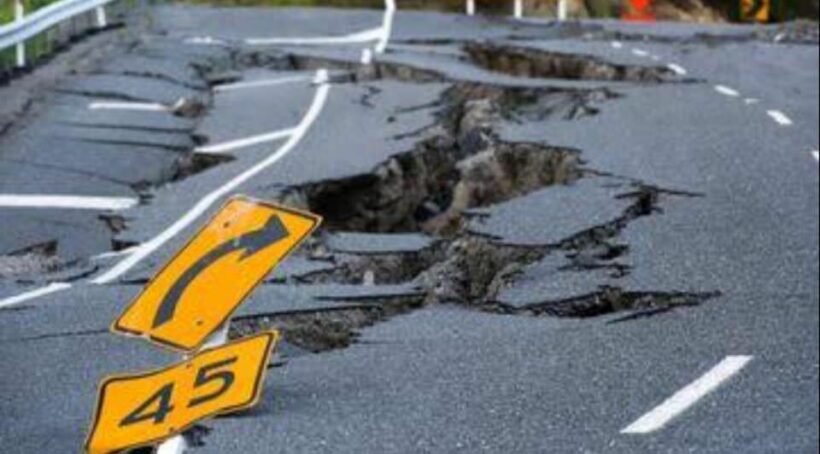 The Australian city of Melbourne, capital of the south-eastern state of Victoria, has been struck by a 6.0 magnitude earthquake, damaging buildings but with no serious injuries reported. The quake struck on Wednesday morning, with tremors felt as far away as Adelaide and Sydney. It measured higher on the Richter scale than a 5.6 quake that struck Newcastle, New South Wales, in 1989, killing 13 people.

Photos and video on social media show one Melbourne street blocked by rubble and there have been reports of power cuts and people being evacuated from buildings. Over half of Australia’s population of 25 million live in the south-east of the country, across the major cities of Melbourne, Adelaide, and Sydney.

Speaking to the media from the US, Australian PM Scott Morrison has welcomed the news that there have been no serious injuries or deaths.

“We have had no reports of serious injuries, or worse, and that is very good news and we hope that good news will continue. It can be a very disturbing event, an earthquake of this nature. They are very rare events in Australia and as a result, I am sure people would have been quite distressed and disturbed.”

The Australian Bureau of Meteorology has confirmed no tsunami threat was issued following the quake.

Smithydog
Postscript to articles: "Investigations underway to see if tremors caused by spin doctors protecting PM from another stuff up."

gummy
My friend in Melbourne posted that at the time him and his wife were making love and she said it was the first time she felt the earth move 😂
richard
It's them bloody Victorians, if it's not covid lockdowns, anti vax demonstrations, it's earthquakes. They do anything to get in the news. 🤣🤣🤣

WilliamG
Maybe the guy in the Thailand UFO Khao Kala cult was right. Volcano in the Canaries, shortage of CO2 in UK, quake in OZ....what's next?