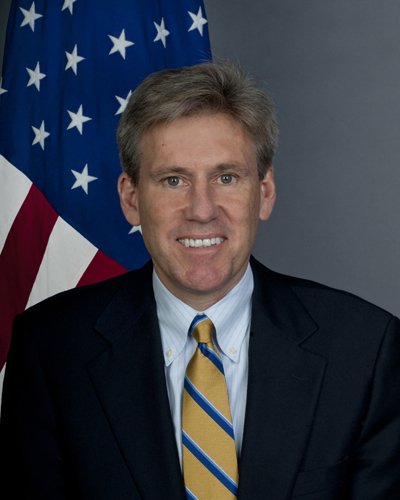 Libyan Deputy Interior Minister Wanis al-Sharif said during a news conference that Stevens died in a local hospital after being attacked by protesters at the U.S. consulate in the Libyan port city of Benghazi yesterday, which served as the country’s rebel capital until they captured Tripoli last year.

“Amb. Stevens was a friend of Libya and we are shocked at the attacks on the US consulate in Benghazi,” he wrote.

“I condemn these barbaric acts in the strongest possible terms. This is an attack on America, Libya and free people everywhere.”

World News: Man falls to his death from passenger jet