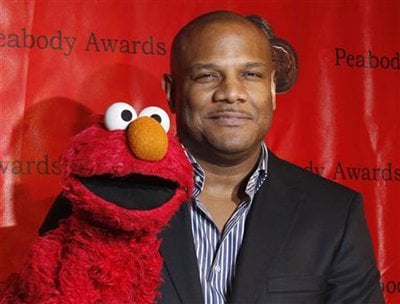 
Voice actor of Elmo resigns amid underage sex allegations
Phuket Gazette / News Wires
PHUKET: Kevin Clash, the puppeteer who has been on “Sesame Street” for more than 28 years and created the high-pitched voice of Muppet character Elmo, resigned yesterday after new allegations were made public that he had a sexual relationship with an underage boy.

Sesame Workshop, the non-profit organization behind the long-running American children’s television series, said the controversy surrounding the personal life of Clash had become a distraction. “He has concluded that he can no longer be effective in his job and has resigned from Sesame Street,” the organization said in a statement. “This is a sad day for Sesame Street.”

Clash himself said he made the decision to resign with a “very heavy heart” and that he loved every day of his 28 years at Sesame Street. “Personal matters have diverted attention away from the important work Sesame Street is doing and I cannot allow it to go any longer,” he said. “I am deeply sorry to be leaving and am looking forward to resolving these personal matters privately.”

The resignation came as an adult man, identified as Cecil Singleton, filed a lawsuit in a New York court and claimed Clash coerced him to meet for sexual encounters when he was 15 years old, which is below the state’s age of consent. The suit seeks $5 million in damages from the puppeteer.

Yesterday’s lawsuit came just days after another man claimed he was 16 years old when he had a sexual relationship with Clash. The voice actor immediately requested a leave of absence from his work to deal with the issue, describing the allegations as “false and defamatory.”

The accuser in that case recanted his claims several days later.