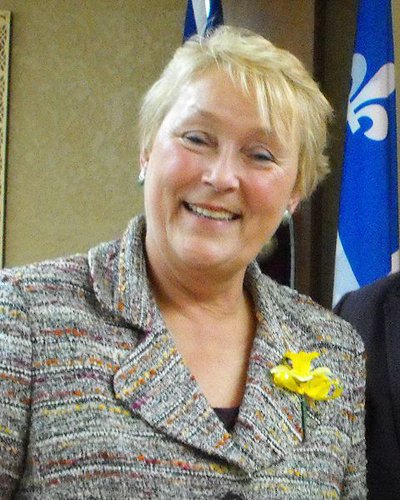 PHUKET: A gunman opened fire outside a building where Canadian politician Pauline Marois was addressing her supporters after being elected the new premiere of Quebec, police said. One person was killed while a second victim was critically injured.

The incident happened just before midnight local time on Tuesday when a 62-year-old man, dressed in a blue robe and partially covering his face with a balaclava, opened fire at a back door to the Metropolis auditorium in Montreal, where Marois was about to wrap up her speech to hundreds of supporters.

Security personnel rushed onto the stage as gunfire broke out outside the building, pulling Marois off the stage and bringing her to safety. Police said the gunman, whose identity was not immediately released, also started a fire before he was taken into custody while attempting to flee the scene.

A police spokesman said one person was killed while a second person was critically injured, though now in a stable condition.

“At this point we know that [regarding the second victim] we no longer fear for the person’s life,” a police spokesman said during a news conference. A third person was treated for shock.

Canadian media reports said the gunman, who was armed with a rifle and a handgun, shouted “the English are rising!” as he was taken to a police car, but investigators are still working to determine what his motive was. “At this point we cannot exclude that the person being targeted by this event was the elected premiere,” a police spokesman said.

Canadian Prime Minister Stephen Harper strongly condemned the attack and said the suspect will face the full force of the law. “It is a tragic day where an exercise of democracy is met with an act of violence,” he said. “This atrocious act will not be tolerated and such violence has no place in Canada.”