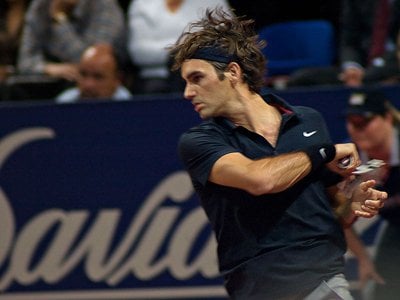 PHUKET: The US Open is about to get into the business part of the tournament and some of the world’s best tennis players are still in with a shout of the title.

Roger Federer, who was gifted entry to the quarterfinals as his fourth round opponent Mardy Fish retired before the match due to health reasons, has been knocked out of the US Open by six-seed Tomas Berdych of the Czech Republic. Berdych defeated Federer 7-6, 6-4, 3-6, 6-3 to progress to the semifinals.

In the other quarterfinal, Andy Murray defeated 12th seed Marin Cilic of Croatia, in what was the Scot’s eighth consecutive Grand Slam quarterfinal. Murray fought back from a set and 5-1 down to defeat Cilic 3-6 7-6 (7-4) 6-2 6-0.

Andy Roddick was knocked out by Juan Martin Del Potro in the fourth round. Roddick announced he would retire from the game after the tournament and he, and the American public, hoped for a fitting end to the popular American’s career. A younger, fitter, Del Potro had other ideas and defeated Roddick 6-7 (7-1), 7-6 (7-4), 6-2, 6-4.

Djokovic won his fourth round match against Stanislas Wawrinka. The defending champion, who was leading 6-4, 6-1, 3-1 when Wawrinka quit the match, will play Del Potro in the quarterfinals.

Serena Williams is in terrifying form and easily moved into the quarterfinals after a 6-0, 6-0 fourth-round win over Andrea Hlavackova of the Czech Republic. Williams then faced 12th-seed Ana Ivanovic, who defeated Tsvetana Pironkova, 6-0, 6-4, in the quarterfinals and took 58 minutes to progress to the semifinals 6-1, 6-3.

Italian Roberta Vinci faced compatriot Sara Errani in the quarter finals, who enjoyed an upset 7-6, 6-3 win over sixth-seed Angelique Kerber of Germany in the fourth round. Errani, 25, the number 10 seed, won 6-2, 6-4 against the number 20 seed Vinci. Errani will face Williams in the semifinal.

Sharapova beat Marion Bartoli in three sets to return to the women’s semifinals for the first time since she won the tournament in 2006. She will face Victoria Azarenka, who knocked out defending champion Samantha Stosur, in the other semifinal.