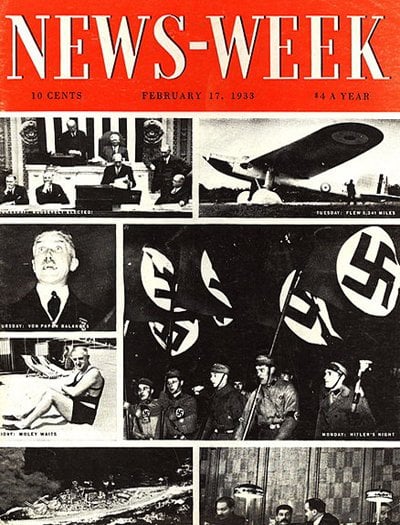 
Newsweek to end print publication after nearly 80 years
Phuket Gazette / News Wires
PHUKET: Newsweek, one of the largest weekly news magazines in the United States, yesterday announced it plans to end its print publication after nearly 80 years and transition to an all-digital format. The last print edition in the United States will be on December 31.

Tina Brown, the editor-in-chief of both Newsweek magazine and The Daily Beast website, made the announcement on its website. She said Newsweek will continue in an all-digital format in early 2013 and will continue to expand its tablet and online presence, as well as global partnerships and events business.

“Newsweek Global, as the all-digital publication will be named, will be a single, worldwide edition targeted for a highly mobile, opinion-leading audience who want to learn about world events in a sophisticated context,” Brown said. “Newsweek Global will be supported by paid subscription and will be available through e-readers for both tablet and the Web, with select content available on The Daily Beast.”

While the weekly news magazine remains one of the largest in the United States, Newsweek has seen its circulation numbers drop dramatically over the past decade. It is internationally known as a respected publication, providing unique news, commentary and insight into political and social developments. It also publishes editions in other languages such as Spanish, Turkish, Arabic, Polish, and Japanese.

The Washington Post Company, which acquired Newsweek in 1961 when it bought 59 percent in stock from the Astor Foundation for about $8 million, announced in 2010 that it would sell the magazine after record losses since 2007. Billionaire Sidney Harman later bought the company for $1 and announced the magazine would merge operations in a joint venture with The Daily Beast, a company of InterActiveCorp (IAC).

Brown said its business has been increasingly affected by the challenging print advertising environment, while Newsweek’s online and e-reader content has built a rapidly growing audience through the Apple, Kindle, Zinio and Nook stores as well as on The Daily Beast.

“Tablet-use has grown rapidly among our readers and with it the opportunity to sustain editorial excellence through swift, easy digital distribution – a superb global platform for our award-winning journalism,” Brown explained. She said The Daily Beast website now attracts more than 15 million unique visitors a month, a 70 percent increase from last year.

Brown added: “It is important that we underscore what this digital transition means and, as importantly, what it does not. We are transitioning Newsweek, not saying goodbye to it. We remain committed to Newsweek and to the journalism that it represents. This decision is not about the quality of the brand or the journalism – that is as powerful as ever. It is about the challenging economics of print publishing and distribution.”

The transition to an all-digital format means bad news for some employees. “Newsweek is produced by a gifted and tireless team of professionals who have been offering brilliant work consistently throughout a tough period of ownership transition and media disruption,” Brown said. “Regrettably we anticipate staff reductions and the streamlining of our editorial and business operations both here in the U.S. and internationally.”