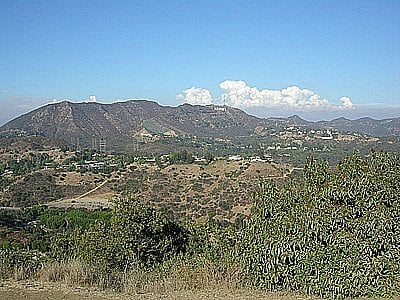 
Hikers find human skull, torso near canyon trail in Los Angeles
Phuket Gazette / News Wires
PHUKET: Hikers along a canyon trail in the Los Angeles neighborhood of Pacific Palisades on Saturday discovered a human skull and a torso, more than eight months after a similar discovery was made near the Hollywood sign, police said on Sunday.

The discovery on Saturday was made by two hikers who were near the Los Liones Canyon Trail when they observed what appeared to be a human skull. They went to a nearby Los Angeles City fire station where firefighters notified West Los Angeles Area officers at approximately 11:15am local time.

“Upon arrival, officers were directed to an area near a hiking trail not far from the entrance to the Los Liones Canyon Trail where they observed the remains of what appeared to be a human skull,” a Los Angeles Police Department (LAPD) spokesperson said. “Officers checked the area and observed the skeletal remains of a human torso approximately 20 feet (6 meters) from the skull.”

Investigators were continuing to investigate the scene on Sunday but the exact cause and mode of death will remain unclear until an autopsy is performed. “The remains have not been identified,” the spokesperson said, adding that detectives from the West Bureau Homicide Unit and investigators from the Los Angeles County Coroner’s Office are on the case.

The discovery comes just over eight months after a human head, hands and feet were discovered in Bronson Canyon Park below the iconic Hollywood sign. The severed remains were later identified as 66-year-old Hervey Medellin who had traveled to Mexico and went missing after he crossed the U.S. border and was making his way home.

Media reports at the time speculated whether Medellin may have been the victim of a sadistic serial killer, but police have not yet said whether they are investigating any possible links between the remains. The Los Liones Canyon Trail area is about 14 miles (22 kilometer) southwest of where Medellin’s remains were found.

Sacked worker kills self and 5 colleagues in revenge attack