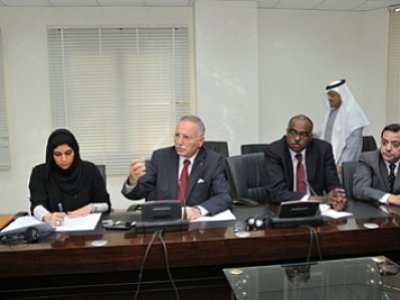 The fact-finding mission is scheduled to last for ten days and will also investigate any repression and human rights violations committed against the Rohingya minority.

The mission will visit the regional capital Naypyidaw to meet government officials and from there it will visit villages in Rakhine (formerly Arakan) affected by the violence, including Buthidaung, Maungdaw and Sittwe.

The mission will also set up the visit by the OIC’s Secretary General, Ekmeleddin Ihsanoglu, which will follow soon.

The mission is expected to prepare a report on its findings, which will be presented to the Contact Group on Burma that will meet in New York on the sidelines of the United Nations General Assembly at the end of this month.

The decision to send a fact-finding mission and form a contact group at the ministerial level was made at the extraordinary meeting of the Executive Committee held on August 5th at OIC Headquarters in Jeddah and adopted by the 4th Extraordinary Session of the Islamic Summit held in Makkah on August 14.

Among the participants at the summit was Dr Wakar Uddin, Director General of the Arakan Rohingya Union, which was founded in May 2011 and is an umbrella of 25 Non Governmental Organizations (NGOs) and associations that represent the Rohingya minority.