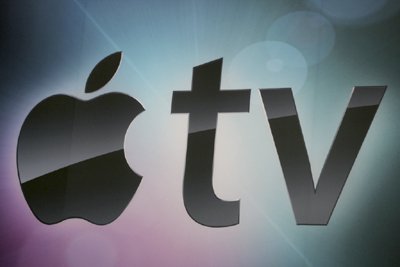 PHUKET: Last week I talked about the direction the computer industry is headed as we barrel along toward the Christmas season.

If you’re thinking about buying any new electronics – computer, tablet, phone, maybe even a TV – it would be worthwhile to stay on top of developments between now and Christmas.

Some of the stuff coming down the pipe is quite impressive – and we should be able to get at least some of it here in Thailand.

In last week’s Live Wire, I talked about Windows 8 and how I don’t expect it to do particularly well. Sure, Microsoft’s going to say it’s the best-selling Windows ever, but Microsoft has legions of accountants who have figured out ways to make that claim even if Windows 8 falls over like a drunk on Bangla Road.

I also talked about Windows RT, which is a horse of a completely different color.

Microsoft’s going to get into the hardware manufacturing business, and the combination of Windows RT and a Microsoft Surface tablet may – just may – be enough to put a small dent in the iPad juggernaut. Microsoft has to push out some killer apps, and bring the price down, but if they can do both, I expect we’ll see a few Windows RT tablets in Christmas stockings around the island.

Apple, of course, remains an enigma. Microsoft’s been stealing a lot of things from Apple lately, mainly how to keep a new product under wraps. Apple has long been able to keep its new developments secret, right up until they’re announced (which is usually just a few weeks before they ship). Microsoft’s slowly learning how to keep the lid on and for people like me, who depend on leaks to keep the news flowing, it’s tough.

So, with the firm belief that nobody knows what Apple’s really going to do, let me make a few (relatively) safe bets.

First, the release of a new iPhone 5 before Christmas is almost a foregone conclusion. The iPhone 4s is a wonderful phone, but sales are lagging, and new technology awaits. Indeed the only open questions about the iPhone 5 involve specs and price.

It wouldn’t surprise me to see a bigger and better screen, longer battery life, and a whole host of app changes that’ll be rippled onto the iPad and Mac. iCloud has proved its mettle, and I’ll bet we see more of it. Siri has been having version 1.0 problems, but it’ll probably go in for an overhaul. The camera on the iPhone 5 may well be better than the one on iPhone 4s – as amazing as that may sound.

Then there’s the iPad 3. I personally expect two different next-generation iPads, one that follows in the iPad2-with-Retina line, and another that jumps down to the smaller 7-inch size, closer to a Kindle or Nook.

I expect the pricing on the Big Bro iPad 3 to be the same as the current iPad 2, but that Little Bro iPad 3 could go as low as US$199 – which would absolutely redefine the way Kindles and Nooks are sold. But more about that next week.

I expect the iPad 3 will have a much better camera, possibly as good as the iPhone 4s (although it’ll be hard to fit into that slim case). I also expect to see the Son of Siri on the iPad3, with some significantly improved voice response capabilities. Other than that – I haven’t any idea, but you can bet Apple will come up with several new features that will make the iPad 3 a must-have.

Many people expect Apple to roll over to the cable television business – first in the US, then slowly around the world. They might be able to pull it off. Heaven knows there’s no love lost for cable and satellite TV companies all over the world.

Rumor has it (and let me admonish you once again about how reliable Apple rumors can be – NOT) that Apple’s new iTV will not only include a set-top box, it’ll also include the screen. Instead of fumbling around with a jillion wires, you turn on your WiFi box, plug the TV into the wall, and everything works – just like that.

I, personally, don’t watch much television. But if it was suddenly that easy to start watching the really good stuff on TV – and I hear there really is some good stuff – I’d not only pay for it, I’d carve time out of my schedule to actually watch some of the programs.

Likely, Apple will come up with some sort of view-on-demand system, so I can watch the latest episode of Boardwalk Empire whenever I’m ready.

If Apple can serve TV on demand, I could watch the first half of The Newsroom on my TV, and the second half on my iPad.

If Apple can pull that one off, they’ll roll over another industry. They took out the mobile phone industry and basically started the tablet industry from scratch. Apple revolutionized the online music industry. Could they take over cable, too? My bet is yes, but it may take a few more years.

Microsoft and Apple aren’t the only players this Christmas. In fact, they may not even be the dominant players in some specific parts of the computer industry. Android phones are outselling iPhones by a wide margin already. Android tablets, including the Kindle and Nook remain wild cards.

If you plan on spending real money on real electronics this Christmas, make sure you read part 3 of this series next week.