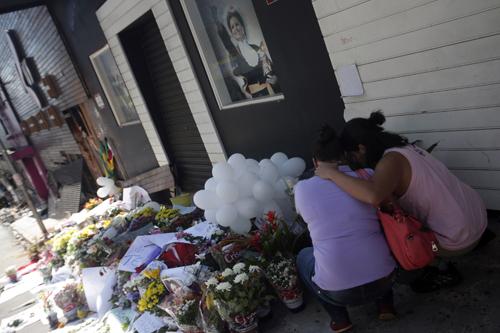 The fire was Brazil’s deadliest in half a century and resonated across the country, with many people demanding those responsible be prosecuted and that the government tighten up on safety.

Brazilians are outraged at what they see as lax regulation and corrupt officials whose oversights led to the tragedy. There are fears similar fires could happen at other clubs and public venues, especially as the country gears up to host the World Cup of soccer next year and the Olympic Games in 2016.

Sensitivity is also growing because Brazil is in the runup to next month’s Carnival celebrations. The event routinely features throngs of unruly revellers in parades and street parties in cities across the country.

As funerals and an official investigation proceed, government officials and lawmakers are scrambling to press for tougher laws. President Dilma Rousseff, who visited grief-torn Santa Maria over the weekend, urged local officials on Monday for more rigor in enforcing safety regulations.

Cities across the country quickly responded.

“We were all evidently shocked by the Santa Maria tragedy,” Bosco Saraiva, the acting mayor of Manaus, a city of 2 million people in the Amazon region, said in a telephone interview. “Yesterday we started a total cleanup.”

The campaign featured sudden club inspections and city authorities closed 17 because of fire hazards and expired permits. Americana, a city in the southeastern state of Sao Paulo, issued a blanket order for all nightclubs to shut down temporarily while new safety standards are discussed.

Brasilia and other cities including Salvador, Niteroi, Curitiba and Porto Alegre have also deployed inspectors. In Salvador, Brazil’s third-biggest city, the mayor ordered the inspection of all entertainment venues, including Carnival installations now being erected.