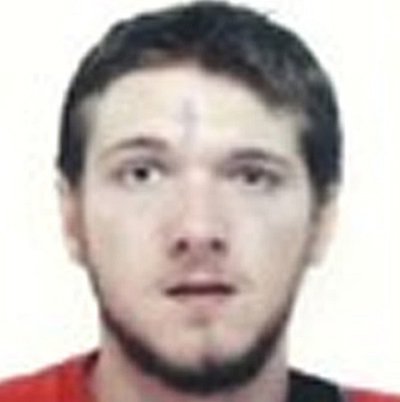 PHUKET: A 30-year-old British teacher who was arrested in southwestern France last month was extradited to the United Kingdom yesterday and charged with child abduction after running away with a 15-year-old schoolgirl who was in love with him.

Jeremy Forrest, of Ringmer in East Sussex, arrived at Gatwick Airport in London yesterday afternoon on a flight from the French city of Bordeaux. “Forrest .. has tonight been charged with child abduction on 20 September 2012,” said Michelle Tugwell, a spokeswoman for Sussex Police.

The schoolgirl, whose name is being withheld from this report because she is a minor and no longer missing, was reported missing on September 21 after she failed to turn up for class at the Bishop Bell C of E School in Eastbourne, a coastal town in East Sussex, about 83 kilometers (51 miles) southeast of central London. Forrest, her math teacher, also failed to show up.

The pair was found to have boarded a ferry from Dover, England, to Calais, France at around 9:30pm on September 20 after the girl had told her parents she was staying with friends. Police said the schoolgirl left with Forrest willingly and was not considered to be in danger, with surveillance photos showing the pair holding hands and reports indicating they wanted to start a new life in France.

The case received intense media coverage in Britain where the age of consent is 16, but French authorities appeared to be less concerned as the age of consent in France is 15 and both had left willingly. Forrest and his student were eventually found in Bordeaux on September 27, a week after their disappearance, when the teacher was recognized while looking for a new job.

After a court hearing last week, Forrest’s UK solicitor Phil Smith said the teacher is looking forward for the “full story” to emerge in the coming months. “He is very appreciative of the support and assistance given to him by his family and in particular his parents,” he said. “Naturally, Jeremy is most concerned about the impact of this episode on all those affected.”

The schoolgirl’s mother had previously described her daughter as being excited when she last saw her before she ran away with Forrest. And a blog posted on Forrest’s website on May 19 talked about trying to deal with a “moral dilemma,” although he did not refer to his student or anyone else by name.

“And the overiding (sic) question it left me with was this; How do we, and how should we, define what is right or wrong, acceptable or unacceptable???” he said. “I came to a few different conclusions, mainly that actually we get a lot of things wrong, but at the end of the day I was satisfied that if you can look yourself in the mirror and know that, under all the front, that you are a good person, that should have faith in your own judgement.”