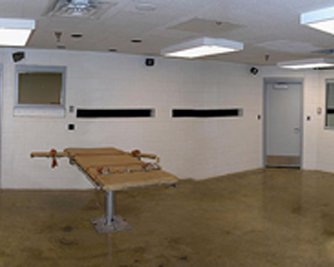 Reporters Without Borders condemns violence by Israeli forces against journalists

In a statement, the Paris-based press freedom organization said it “deplores the total impunity enjoyed by the soldiers responsible for these abuses.” It said that two Palestinian journalists were injured by tear gas grenades and rubber bullets fired by Israeli soldiers when they were covering a weekly protest in the village of Nabi Saleh on February 10.

According to the organization, Ahmed Maslah, who works as a cameraman for the Turkish television station TRT and a photographer for the New York Times, was among those injured. Witnesses told Reporters Without Borders that soldiers appeared to have deliberately fired tear gas grenades and rubber bullets in the direction of the journalists.

“Reporters Without Borders has on many occasions asked the Israeli army to undertake independent and impartial investigations into such incidents in order to identify and punish those responsible,” the statement said. “Even when the army does carry out an investigation, it seldom reaches any real conclusions.”

On December 22, the Israeli army responded to a complaint filed by Israeli photographer Mati Milstein after he and other photojournalists were the target of an attack by soldiers on the outskirts of Nabi Saleh in July 2011. The letter from army spokeswoman Lieutenant-Colonel Avital Leibovich said the army responded appropriately to what it considered a “violent and illegal demonstration”.

She stressed that the complaint was not appropriate because of the dangers present in the West Bank areas concerned, adding: “Sometimes the media are caught in the eye of the storm.”

“Reporters Without Borders is outraged at this insulting and totally inadequate response from the Israeli Defense Forces, which continually protect the army at the expense of freedom of information,” the organization added.

119 inmates escape as gunmen storm Nigerian prison
PHUKET (News Wires): More than 100 inmates have escaped from a prison in central Nigeria after armed men broke into the facility on late Wednesday evening, officials said yesterday. One officer was killed during the attack.

The incident took place on late Wednesday evening when about 20 gunmen on motorbikes stormed the jail in Koton-Karifi in Kogi state, located about 100 miles (160 kilometers) south of the capital Abuja. The attackers used bombs and heavy gunfire, killing one prison officer.

During the attack, which lasted approximately 30 minutes, the gunmen were able to free at least 119 inmates, a prison service spokeswoman told the BBC. Most of the prisoners were awaiting trial and none were described as high-profile detainees.

No group immediately claimed responsibility, but the Islamist militant Boko Haram group is usually blamed for such attacks. The group has carried out similar jailbreaks before, including a massive 2010 attack on a prison further north in Bauchi state, freeing about 700 prisoners. Many of the inmates were members of the Boko Haram.

However, Hadijha Aminu of the Nigerian Prisons Service told the BBC that officials did not suspect Boko Haram to be behind Wednesday’s jailbreak. She declined to explain why the Boko Haram had been ruled out, the broadcaster said on its website.

The Boko Haram group has been blamed for most of the region’s terrorist attacks and seeks the imposition of an extremist stance of the Shariah law, which is a Muslim code of conduct. The group’s name, in the local language of Hausa, roughly translates as ‘Western religion is sacrilegious’ or ‘non-Islamic religion is a sin.’

The first attack happened yesterday morning when a U.S. drone fired two missiles at a suspected militant compound in the town of Spalga, not far from Miranshah which is the main town in Pakistan’s North Waziristan near the border with Afghanistan. At least six suspected militants were killed in the strike, while several others were injured.

Hours later, at least 15 suspected militants were killed when a U.S. drone destroyed a vehicle in the same region, near the town of Mir Ali. One intelligence official said the victims were believed to be Uzbek Islamist fighters, although it was not possible to get independent confirmation.

Thursday’s drone strikes come just one week after four suspected militants were killed when a U.S. drone fired two missiles at a suspected militant compound in Miranshah. Among those killed was Badar Mansoor, a senior militant commander who had links to both al-Qaeda and the Pakistani Taliban. He was suspected of operating a militant training camp in the region and being involved in numerous attacks throughout Pakistan.

That attack came just one day after a U.S. drone fired two missiles at a house in the village of Tappi, approximately 10 kilometers (6.2 miles) southeast of Miranshah, killing 10 people. The house was allegedly used by fighters of the Taliban-affiliated Haqqani Network, which is one of the top terrorist organizations and threats to U.S.-led forces in Afghanistan.

Late last month, U.S. President Barack Obama, for the first time during his presidency, publicly acknowledged that U.S. drones regularly strike suspected militants along the border between Afghanistan and Pakistan. He confirmed that many of these strikes are carried out in the Federally Administered Tribal Areas (FATA) of Pakistan, targeting al-Qaeda and Taliban suspects in tough terrain.

Few details about casualties from the strikes are usually available, but allegations of civilian casualties regularly spark protests in Pakistan. According to the Washington-based think tank New America Foundation, as many as 2,680 individuals were killed as a result of U.S. drone strikes in Pakistan between 2004 and early 2012.

And according to a report released by the Conflict Monitoring Center in January, at least 609 people were killed as a result of 75 drone strikes in Pakistan in 2011 alone. The group has documented 303 drone strikes since 2004, with a total death toll of at least 2,661.

The U.S. considers the Pakistan-Afghan border to be the most dangerous place on Earth. The area is known to be a stronghold of the Taliban-affiliated Haqqani Network, which is one of the top terrorist organizations and threats to U.S.-led forces in Afghanistan.

But controversy has surrounded the drone strikes as local residents and officials have blamed them for killing innocent civilians and motivating young men to join the Taliban. Details about the alleged militants are usually not provided, and the U.S. government does not comment on the strikes.

Florida executes elderly man for brutal rape, murder in 1980
PHUKET (News Wires): An elderly New York man was executed at a prison in Florida on Wednesday after being convicted twice of raping, beating and killing a woman