PHUKET: U.S. Secretary of State John Kerry laid out what he called overwhelming evidence of Russian complicity in the shooting down of Malaysia Airlines flight MH17 as international horror deepened over the fate of the victims’ remains.

Kerry demanded that Moscow take responsibility for actions of pro-Russian rebels in eastern Ukraine whom Washington suspects of downing the jet with a missile, and expressed disgust at their “grotesque” mishandling of the bodies.

Television images of the rebel-held crash sites, where the remains of victims had lain decomposing in fields among their personal belongings, have turned initial shock and sorrow after Thursday’s disaster into anger.

Emotions ran high in the Netherlands, the home country of about two thirds of the 298 people who died in the Boeing 777. The Dutch foreign minister has said the nation is “furious” to hear bodies were being “dragged around”, while relatives and church leaders demanded they be rapidly returned home.

However, the departure of dozens of corpses loaded into refrigerated railway wagons was delayed on Sunday as Ukrainian officials and rebels traded blame over why the train had not yet left the war zone, and where or when international investigators would be able to check it.

“Drunken separatists have been piling bodies into trucks and removing them from the site,” he said on NBC television on Sunday. “What’s happening is really grotesque and it is contrary to everything President Putin and Russia said they would do.”

Moscow denies any involvement in the disaster and has blamed the Ukrainian military. While stopping short of direct blame on Moscow, Kerry put forward the most detailed U.S. accusations so far that Russia provided the insurgents with the sophisticated anti-aircraft systems used to down the aircraft.

British Foreign Secretary Philip Hammond echoed the criticism, urging Moscow to ensure international investigators had access to the crash sites. “Russia risks becoming a pariah state if it does not behave properly,” he told Sky television.

After lying for two days in the summer heat, the bodies had been removed from much of the crash site by Sunday, leaving only bloodstained military stretchers along the side of the road.

Emergency workers, who have to navigate reporting both to the authorities in Kiev and the rebels who control the crash site and other areas in the Donetsk region, will now need to pick through the debris spread across the Ukrainian steppe.

As Ukraine accused the rebels of hiding evidence relating to the loss of the airliner, a separatist leader said items thought to be the stricken jet’s “black boxes” were now in rebel hands.

Kerry said the United States had seen supplies moving into Ukraine from Russia in the last month, including a 150-vehicle convoy of armoured personnel carriers, tanks and rocket launchers given to the separatists.

It had also intercepted conversations about the transfer to separatists of the Russian radar-guided SA-11 missile system which it blames for the Boeing 777’s destruction. “It’s pretty clear that this is a system that was transferred from Russia,” Kerry said in an interview on CNN.

“There’s enormous amount of evidence, even more evidence that I just documented, that points to the involvement of Russia in providing these systems, training the people on them,” he said on CBS.

The disaster has sharply deepened the Ukrainian crisis in which the separatists in the Russian-speaking east have been fighting government forces since protesters in Kiev forced out a pro-Moscow president and Russia annexed Crimea in March.

The United States has already imposed sanctions on individuals and businesses close to Putin but Kerry indicated that President Barack Obama might go further. “The president is prepared to take additional steps,” he told Fox News, although he ruled out sending in U.S. troops.

European Union ministers should be ready to announce a fresh round of sanctions at a meeting of the EU’s Foreign Affairs Council this week, said a statement from British Prime Minister David Cameron’s office, issued after telephone calls with French President Francois Hollande and German Chancellor Angela Merkel.

“They … agreed that the EU must reconsider its approach to Russia and that foreign ministers should be ready to impose further sanctions on Russia when they meet on Tuesday,” it said.

The leaders also agreed to press Putin to ensure investigators had free access to the crash site.

Dutch Prime Minister Mark Rutte said all efforts were focusing on getting the train loaded with bodies to territory controlled by the Ukrainian authorities.

The European security organisation, the OSCE, was negotiating with the separatists, he said, adding that a team of victim identification specialists was likely to enter the crash site on Monday.

While Ukrainian President Petro Poroshenko issued a renewed appeal for backing from the international community, some European nations, with an eye to their trade links with Russia, have been less enthusiastic about confronting Moscow.

Kerry challenged the Europeans to be more assertive. “It would help enormously if some countries in Europe that have been a little reluctant to move would now recognise this wakeup call and join the United States and President Obama in taking the lead, and also stepping up,” he said.

A spokesman for Ukraine’s Security Council, Andriy Lysenko, accused the rebels of a cover-up. “The terrorists are doing everything to hide the evidence of the involvement of Russian missiles in the shooting down of that airliner,” he told a news conference in Kiev.

He said the rebels had taken debris and bodies from the crash site in trucks, tampering with a scene that investigators need to be secure to have a chance of determining what and who caused the plane to plunge into the steppe.

A separatist leader said items thought to be the “black box” voice and data recorders from the airliner had been found.

“They are under our control,” Aleksander Borodai, prime minister of the self-styled Donetsk People’s Republic, told a news conference.

OSCE observers visited part of the crash site for a third day on Sunday. Just before their arrival, emergency workers found parts of three more bodies and put them in black body bags on the side of a road.

At the site where the cockpit fell, in a field of sunflowers near the village of Razsypnoye, residents had made a small memorial shrine of flowers, candles in tiny jars and brightly coloured teddy bears.

Photocopied pictures of children and families killed in the disaster, apparently from news coverage of the victims, had been set out on the grass.

All bodies, including that of a woman who had lain naked under a tarp about 50 metres away, had been removed.

“There were five or six over here, and two or three over there,” said a young man with a rifle guarding the site, who declined to give his name. “They took the bodies away to the morgue. Firstly, they were decomposing. And secondly, the smell was horrible.” 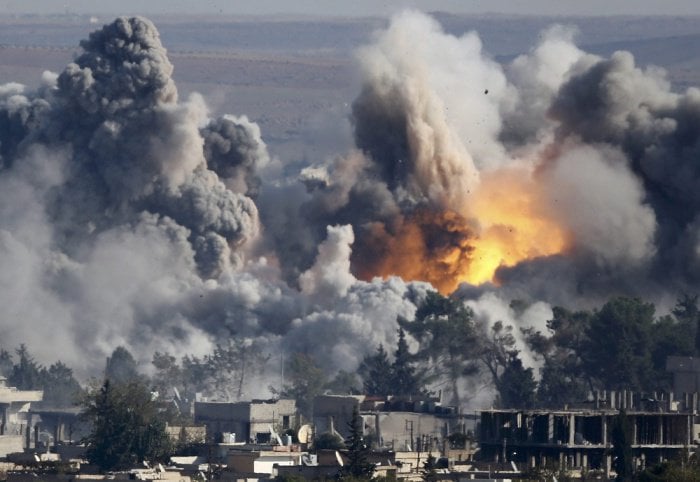 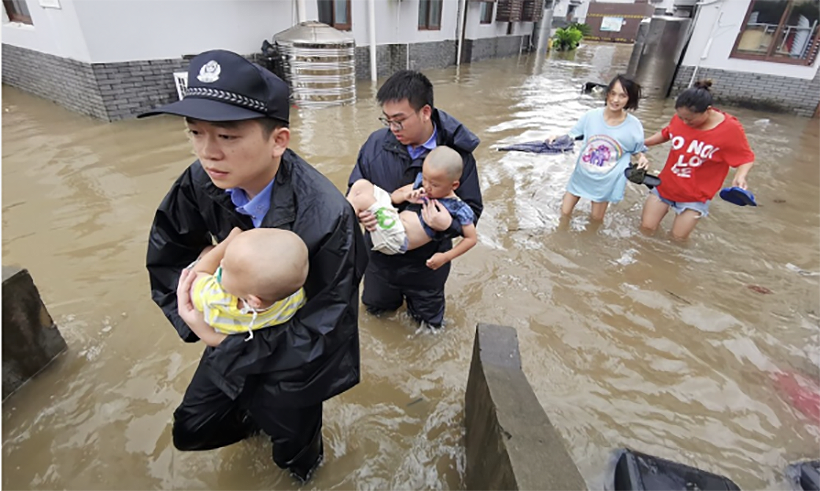 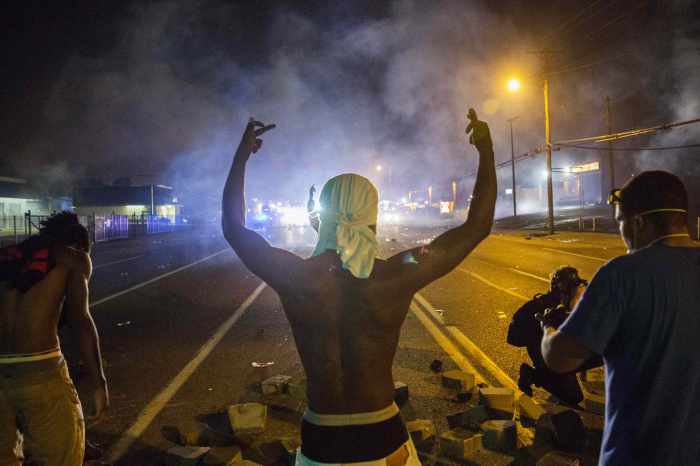 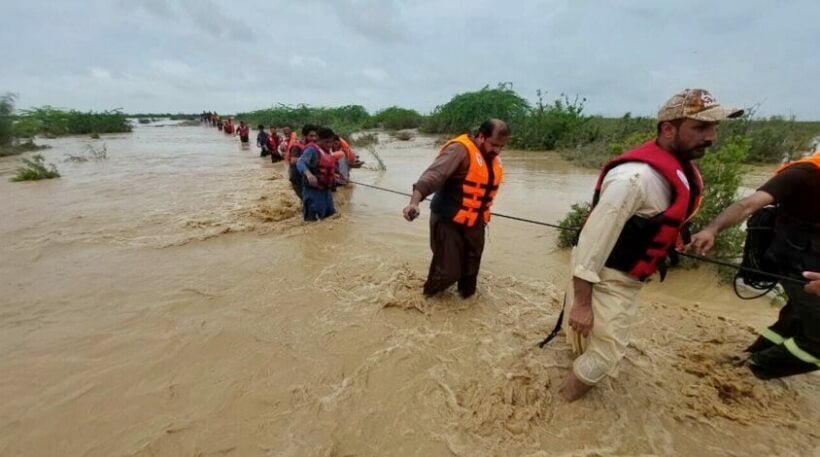 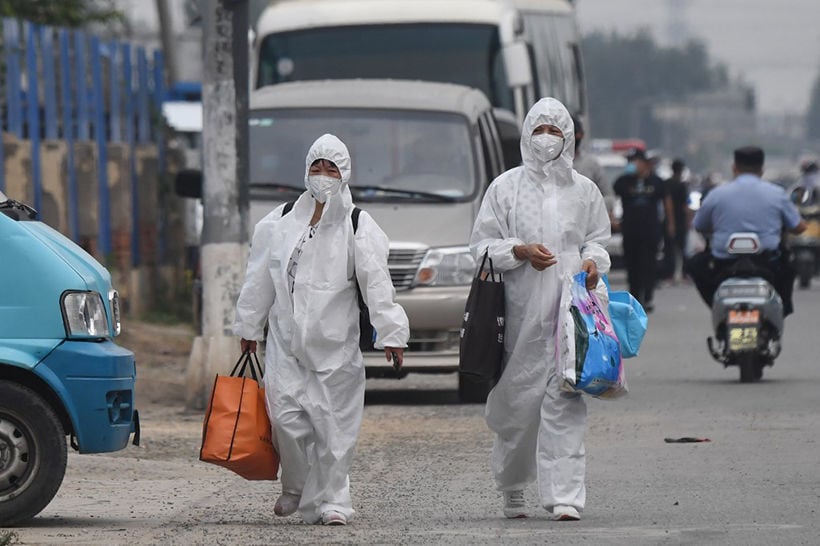 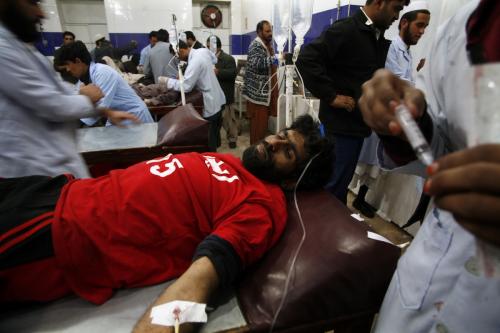