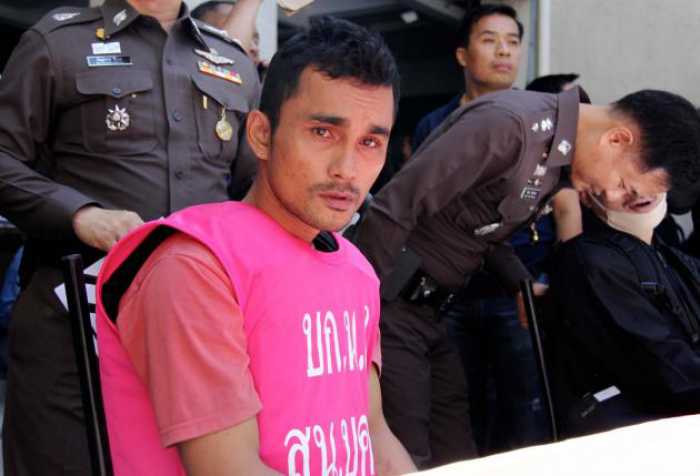 PHUKET: Police will investigate a firm that provided security guards to a Bangkok condo project after one of its guards was charged with sexually molesting and killing a four-year-old girl last week. The victim’s body was found in a sewerage pipe on Saturday afternoon.

We believe the suspect is not a Thai national because he speaks Thai with a Myanmar accent. He also doesn’t hold a national Thai ID card,” Deputy Metropolitan Police Commissioner Maj-General Amnuay Nimmano said yesterday. “We will check if his employer has followed all the laws.”

According to ongoing investigation, Chatree has never had any ID card. Over the past year, he managed to get a job and worked as a temporary security guard at a condo block. Thanks to his job, he became quite familiar with his victim, who lived in the same neighbourhood. She called him, “Bro Security Guard”.

Chatree told police that he was drunk when he committed the crimes last Wednesday – the same day the girl’s family started searching for her frantically. According to Chatree, he strangled her when she resisted his sexual advances and tried to call for help.

The girl’s father said he could not accept what had happened and that his heart was burning with anger and pain. “I was very close to my daughter. I am divorced. We often hugged each other,” he said, wracked in grief.

The Rights and Liberties Protection Department yesterday gave Bt100,000 compensation to the father in line with the law that promises remedial action for victims of crimes.

Police say Chatree faced charges on several counts, including moves to cover up his wrongdoing. Police will also object to any bail request for him.

The Metropolitan Police Bureau also announced yesterday that police had found and detained 105 suspects between September 1 and September 6 who were wanted on arrest warrants.