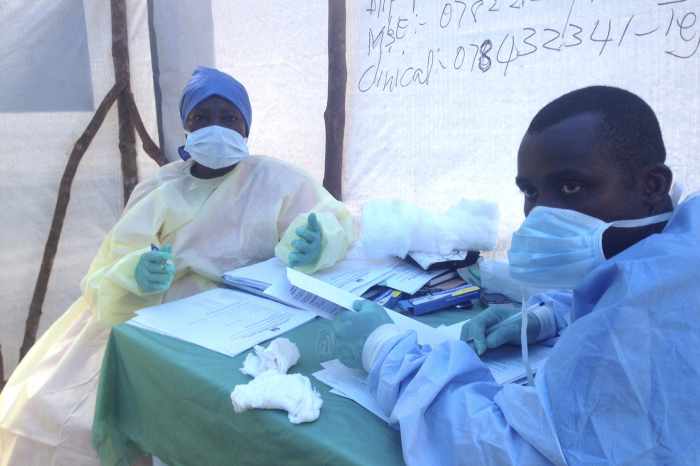 PHUKET: Sierra Leone has declared a state of emergency and called in troops to quarantine Ebola victims, joining neighbouring Liberia in imposing controls as the death toll from the outbreak of the virus hit 729 in West Africa.

The World Health Organisation said it would launch a $100 million response plan on Friday during a meeting with the affected nations in Guinea. It was in urgent talks with donors and international agencies to send more medical staff and resources to the region, it said.

The WHO reported 57 new deaths in the four days to July 27 in Guinea, Liberia, Sierra Leone and Nigeria.

“The scale of the Ebola outbreak, and the persistent threat it poses, requires WHO and Guinea, Liberia and Sierra Leone to take the response to a new level, and this will require increased resources,” WHO Director General Margaret Chan said.

Sierra Leone President Ernest Bai Korom announced a series of emergency measures, to intially last 60 to 90 days, in a speech on Wednesday night.

“Sierra Leone is in a great fight. Failure is not an option,” he said.

Security forces will enforce a quarantine on all centres of the disease and help health officers and aid workers to work unhindered, following attacks on health workers by local people. The moves followed steps by Liberia which included the closure of all schools and a possible quarantine of affected communities.

The outbreak of the hemorrhagic fever, for which there is no known cure, began in the forests of eastern Guinea in February, but Sierra Leone now has the highest number of cases. Koroma said he would discuss ways to combat the epidemic with the leaders of Liberia and Guinea at Friday’s meeting.

The jump in the number of cases and death toll has raised international concern and place poor health facilities in the region under strain.

African officials will discuss further assistance at a meeting in Washington next week, she said.

The U.S. Centers for Disease Control and Prevention on Thursday issued a travel advisory against non-essential travel to Guinea, Liberia and Sierra Leone in an effort to curb the spread of the ebola outbreak.

CDC Director Thomas Frieden said the agency will send an additional 50 health experts to help efforts to control it.

Authorities in Nigeria, which recorded its first Ebola case last week when a U.S. citizen died after arriving on a flight from Liberia, said all passengers travelling from areas at risk would be temperature-screened for the virus.

But international airlines association IATA said the WHO was not recommending any travel restrictions or border closures due to the outbreak, and there would be a low risk to other passengers if an Ebola patient flew..

The disease kills up to 90 percent of those infected, though the fatality rate in the current epidemic is running at around 60 percent. In the final stages, its symptoms include external bleeding, internal bleeding, vomiting and diarrhoea – at which point the virus becomes highly contagious. Sierra Leone said passengers arriving and departing Lungi International Airport would be subject to new measures, including body temperature scans.

Two regional airlines, Nigeria’s Arik and Asky, cancelled all flights to Freetown and Monrovia after a U.S. citizen, Patrick Sawyer, died in Lagos last week after arriving on an Asky flight from Liberia.

The WHO said authorities in Nigeria had identified 59 people in the airport and hospital who had come into contact with Sawyer, whose flight also stopped in Ghana and Togo.

Health officials are scrambling to avoid an Ebola outbreak in Lagos, the continent’s biggest metropolis, but say there are so far no signs of further cases.

Ghana is introducing body temperature screening of all travellers from West African countries at Accra airport and other entry points. Authorities there are monitoring 11 passengers who disembarked from Sawyer’s flight.

The U.S. Peace Corps said it was withdrawing 340 volunteers from Liberia, Sierra Leone and Guinea after two of them came in contact with a person who later died of the virus.