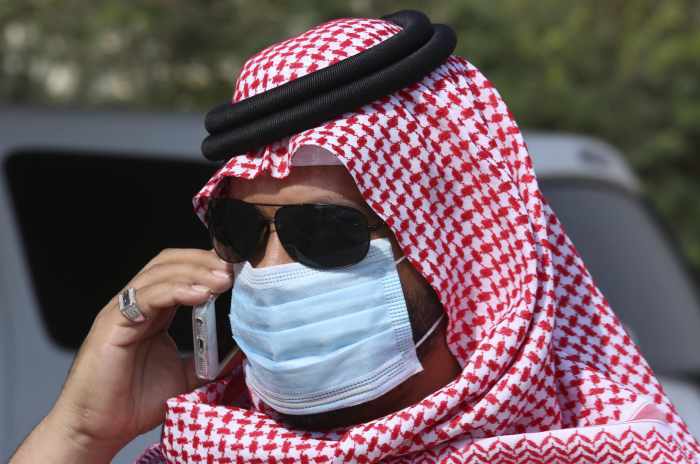 PHUKET: Saudi Arabia announced a jump of nearly 50 percent in deaths from a new virus on Tuesday after re-examining old data that also showed the number of infections since 2012 was a fifth higher than previously reported.

The increase in total confirmed cases of Middle East Respiratory Syndrome (MERS) to 688 from 575, and the rise in deaths from the virus to 282 from 190, came in a review of data ordered by the Health Ministry last month.

The sharp increase in deaths now attributed to MERS, which causes coughing, fever and pneumonia in some, means the mortality rate from the virus in Saudi Arabia is now 41 percent, instead of the 33 percent previously thought.

However, the ministry said that although the total number of historical cases had risen, the rate of infection in the most recent outbreak appeared to be slowing.

Of the total, 53 patients were still being treated, while 353 had recovered, the statement said.

“While the review has resulted in higher total number of previously unreported cases, we still see a decline in the number of new cases reported over the past few weeks,” Tariq Madani, head of the Health Ministry’s scientific advisory board, was quoted as saying in an emailed statement.

In Geneva, spokesman Glenn Thomas of the World Health Organization (WHO) said that it welcomed all efforts to gather, verify and share information on MERS.

Asked about the higher case fatality rate, he said: “The important thing is we are talking still about relatively small numbers in comparison to the population and the number of cases that could be out there.”

The Health Ministry said it had put in place new measures to make sure better data gathering, reporting and transparency were being observed, including standardisation of testing and better guidelines for labelling and storing samples.

Saudi authorities, including Memish, had been criticised by some international scientists for their handling of the crisis, including what they saw as a lack of collaboration with specialist laboratories offering to help investigate the outbreak. [ID:nL6N0O73SL]

“Clearly any backward look will push the total numbers up but that does not signify any change in the virus, only previous under-reporting,” said Ian Jones, a virologist at Britain’s University of Reading.

“Infectious disease does not respect country, cultural or religious boundaries, so absolute clarity and the adoption of best practice for isolation and treatment are the most effective means of minimising numbers until such time as the source and route of infection are identified and avoided,” he added.

The Health Ministry said on Sunday it had set up a new command and control centre to tackle MERS and any future public health crisis more effectively.

The new centre will work with the World Health Organization and the Centre for Disease Control, it said.