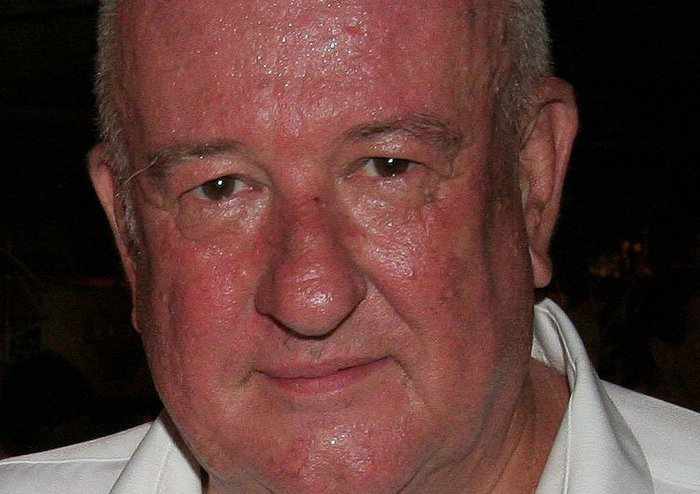 The Phuket Gazette has yet to be informed of arrangements to mark Graham’s passing, though a memorial ceremony is expected to be held on the island to honor a man who helped propel Phuket into the major tourism and property icon in Southeast Asia that it is today.

Graham’s marketing talent helped to create international excitement about Phuket as one of the world’s most desirable locations for tropical villa investment.

He started presenting upscale island developments at the China Club in Hong Kong in 1997.

“Interest in holiday and investment property was fueled by the Asian financial crisis when the baht was pushed to 50 to the dollar and property on Phuket became a real bargain,” he told the Gazette during an in-depth interview in 2009.

“Also, the success that Paul Moorhouse had with his first project, Lakeshore Villas, proved that Phuket was attractive to the international investor.”

Graham spent more than 12 years organizing large property shows and small invitation-only events that not only brought investors to the island, but also helped to elevate Phuket’s status from the banal “paradise” to a full-on lifestyle brand.

He organized events at the stylish Sukhothai Hotel in Bangkok and represented developers at major press conferences at the Foreign Correspondents Club of Thailand. He also presented exhibitions at the Hong Kong Convention and Exhibition Centre, at Earl’s Court in London, and even in the Kazakhstan capital Almaty.

Graham was involved in media and promotions all his life. He came to Thailand from Australia in 1989 to make videos, write media scripts and work with the Tourism Authority of Thailand.

He left behind an impressive career promoting events and organizing bands, concerts and festivals around the Gold Coast, in Queensland, Australia.

As the coordinator for the Opening Day events at World Expo 1988 in Brisbane, he organized the talent from 72 participating countries. He also coordinated Australia’s travelling Bicentennial exhibition in Queensland.

A graduate in journalism and communications, Graham started his working life as a film editor for Australia’s Channel 7.

He also had substantial music training, and a visit to a music shop on the Gold Coast changed his life.

“I was asked to work in this shop, a Yamaha piano dealer in Murwillumbah, and over the next few years put bands together and produced concerts with performers such as Tom Jones and Joe Cocker. I also helped manage the careers of local artists, including singer Martine Monroe and bush bluegrass band Bullamakanka.”

The young promoter and impresario convinced the Queensland Symphony Orchestra to play at the local Seagulls Football Club auditorium, which he was able to sell out. He also worked with the Australian Broadcasting Corporation (ABC) in setting up show tours that took live talent to the nation’s most remote rural areas.

“The World Expo 88 was really an opportunity to show off to the world. We managed to have a full-sized pink submarine with 40 tap dancers dressed in pink tutus for Opening Day, as well as 36 orchestras playing behind the Queen of England and the 72 Heads of State,” he once recounted to the Gazette.

But by the time World Expo 88 was over, Graham was ready for a change.

“When I first came to Thailand, I knew I wanted to live here. I love the freedom one feels in this country where every day can be interesting.

“Phuket is a great place to live. The island has everything anyone could want.”

The Gazette extends its heartfelt condolences to everyone who knew and loved Graham. He will be greatly missed.