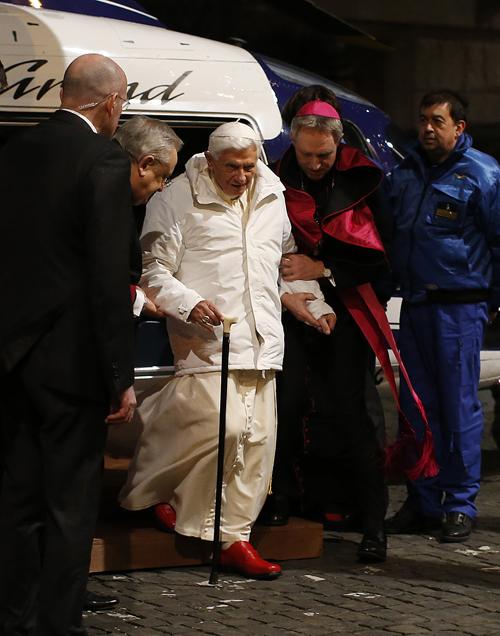 PHUKET: Pope Benedict XVI surprised the world yesterday when he said he no longer has the mental and physical strength to adequately exercise his duties as head of the Catholic Church, making him the first pontiff to resign the papal office in nearly 600 years.

The 85-year-old pope made the shocking announcement during a meeting of cardinals at the Vatican, surprising even his closest aides. “After having repeatedly examined my conscience before God, I have come to the certainty that my strengths, due to an advanced age, are no longer suited to an adequate exercise of the Petrine ministry,” he said.

The pope’s brother, Georg Ratzinger, told the dpa news agency that Benedict XVI had recently been advised by his doctor to refrain from taking transatlantic trips. “My brother wants more rest at this age,” Ratzinger said, adding that the pope had been considering to resign for a number of months.

Cardinals elected Benedict XVI as pope in April 2005 following the death of Pope John Paul II, who became one of the most beloved popes in Catholic history. John Paul II remained pope until his death at the age of 84 after a long battle with Parkinson’s disease and other ailments.

In his statement, Benedict XVI added: “In order to govern the bark of Saint Peter and proclaim the Gospel, both strength of mind and body are necessary, strength which in the last few months, has deteriorated in me to the extent that I have had to recognize my incapacity to adequately fulfill the ministry entrusted to me.”

The pope said his resignation will take effect at 8pm local time (2am Thailand, March 1) on February 28. “I declare that I renounce the ministry of Bishop of Rome, Successor of Saint Peter, entrusted to me by the Cardinals on 19 April 2005,” he said. “The See of Rome, the See of Saint Peter, will be vacant and a Conclave to elect the new Supreme Pontiff will have to be convoked by those whose competence it is.”

Vatican spokesman Federico Lombardi told reporters that Benedict XVI will remain in full charge of the church until the evening of February 28. He said the decision to resign was not made because of any difficulties within the church or because of a specific illness, but merely because of the pope’s advancing age.

Benedict XVI thanked cardinals for their love and work and asked pardon for his defects. “Let us entrust the Holy Church to the care of Our Supreme Pastor, Our Lord Jesus Christ, and implore his holy Mother Mary, so that she may assist the Cardinal Fathers with her maternal solicitude, in electing a new Supreme Pontiff,” he said.

“I wish to also devotedly serve the Holy Church of God in the future through a life dedicated to prayer,” the pope said.

But at least three more recent popes had also prepared for a possible resignation, which must be voluntary in accordance with church law. Pope Pius VII signed a conditional resignation letter in 1804 before setting out for France to crown Napoleon as Emperor of the French. The resignation would have taken effect if Pius VII had been imprisoned during his trip.

Pope Pius XII also drew up a similar document during World War II. The letter said his resignation would take effect immediately if he were kidnapped by the Nazis and instructed church leaders to flee to a safe country such as neutral Portugal to re-establish the church’s leadership and appoint a new pontiff.

Pope John Paul II also wrote a resignation letter in February 1989 during the Cold War. In the letter, the pontiff said he would resign from the papal office if he had an incurable disease that would prevent him from exercising his duties or in the case of “severe and prolonged impairment.”

Pfizer vaccine OK for US children 12-15, critics urge better use 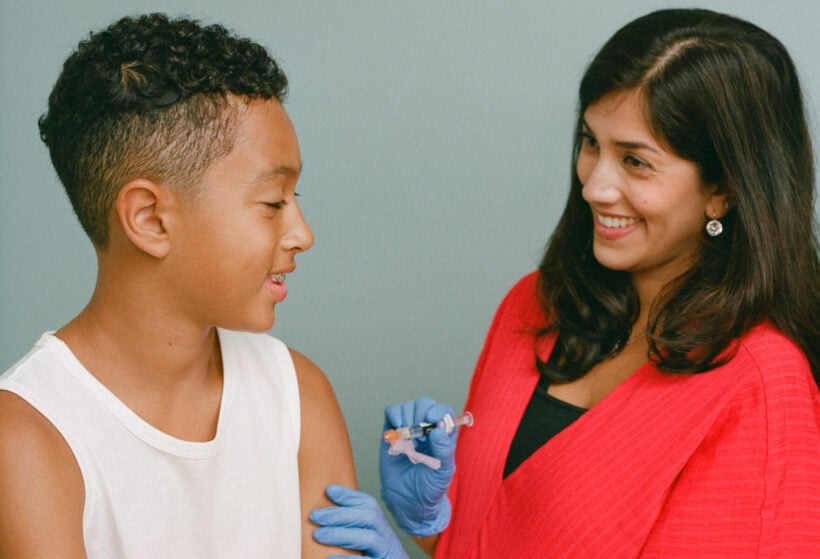 While drug regulators authorised Pfizer vaccine for children aged 12 to 15 in the US, critics are saying that the jabs would be more useful if sent to poor countries. The American Food and Drug Administration cleared the vaccine on Monday, saying that it was safe for children over the age of 12, and the US Centres for Disease Control will now convene an advisory committee to discuss the formal recommendation. But there are many countries where very vulnerable people still have not had access to any vaccine. Children are considered to have a minimal risk for Covid-19.

The head of the World Health Organisation spoke critically against vaccine diplomacy, the red tape and international negotiation that is slowing the distribution and administering of vaccines to other countries in need. The United States is one of many wealthy nations that have been able to quickly spread the vaccine throughout its population, with over 115 million people already fully vaccinated. The American economy is the world’s biggest, and thanks to the rapid vaccination, governmental authorities have begun to loosen restrictions related to Covid-19 and begin to revive the ailing economy.

President Joe Biden hailed the vaccine approval for children aged 12 to 15, saying that it was a promising development and will help the country fight against the Coronavirus. But the United States has been coming under increased pressure to aid in getting vaccines to less fortunate countries with greater need. The United States has recently joined the push to convince Covid-19 vaccine manufacturers to release their intellectual property rights in order to allow other nations to produce vaccines locally.

Here in Thailand, Americans have been calling for the United States government to make arrangements for expats and citizens abroad to get vaccinated when they’re in countries that do not provide them with vaccines. At the same time, many frustrated Thai people with the means to travel to the US are participating in vaccine tourism, planning American vacations where they can get vaccinated.

The head of the European Medicines Agency believes that the EU will also approve the Pfizer vaccine for children aged 12 to 15, possibly within this month. The move will further help vaccination efforts it hopes to jumpstart European economies. As Covid-19 restrictions are being lifted, the Justice Minister in Spain reminded people the coronavirus is not gone and they need to behave responsibly following the end of a six-month state of emergency there. People had responded by dropping masks and social distancing protocol to celebrate in the streets. Greece has reopened schools for younger children up to middle school and hopes to remain open from May 14th for the tourism season. Ireland also revoked domestic travel bans allowing people to move around the country more freely again. 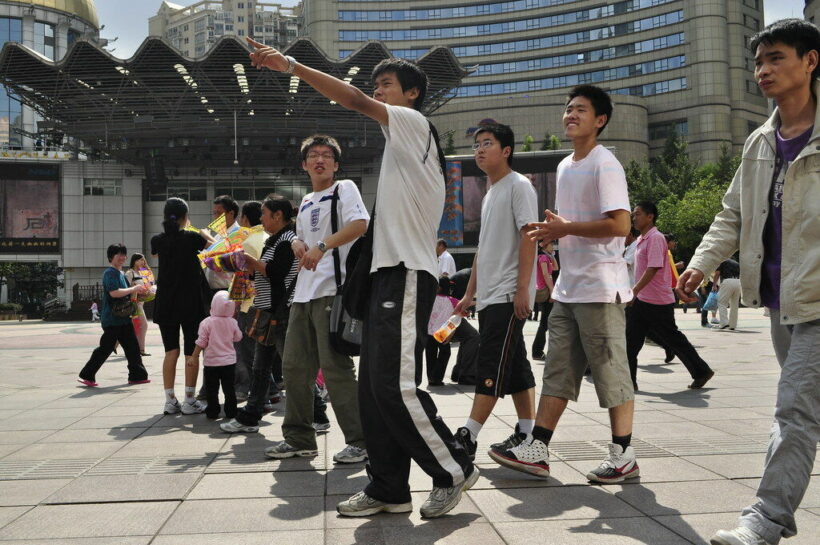 China is seeing the slowest amount of population growth since the 1960’s despite relaxing its 1 child policy. The birthrate has been in a steady decline since 2017, and its growth is being measured at 5.4% since the last census in 2010. The population has reached 1.41 billion, but that number is low due to the sluggish growth rate.

The newest figures point towards an ageing population with a large drop in the number of working age people in the nation. The number of people aged between 15 and 59 dropped 7%, while those over the age of 60 increased more than 5%. Beijing relaxed the 1 child policy back in 2016, but it has yet to see the effects of the change. Ning Jizhe, an official from the National Bureau of Statistics, seems confident, however, that the family planning change will work.

“The adjustment of China’s fertility policy has achieved positive results.”

Failing marriage rates have increased in recent years, along with couples struggling to financially support a child in major cities. Women are also choosing to delay having children, or avoiding it altogether. China recorded its slowest birthrate since 1949 in 2019, at 10.48 per 1,000 people. In February of 2021, preliminary data indicated that the birthrate for 2020 was also down, but official findings have yet to be disclosed.

10 years ago the average size of a family was 3.10, but now, it is 2.62 people. As China’s society evolves, more and more people are choosing to live in urban areas. 63% of Chinese people reside in urban areas, increasing the urban population to 236.4 million, a 15% increase from the last census. But 500 million are part of what Beijing has termed, the “floating population” which is comprised of migrant workers living in other places than what they officially registered as their home.

The 2020 survey was conducted by sending out over 7 million volunteers to survey residents door-to-door. This year, however, most of the data was collected online. 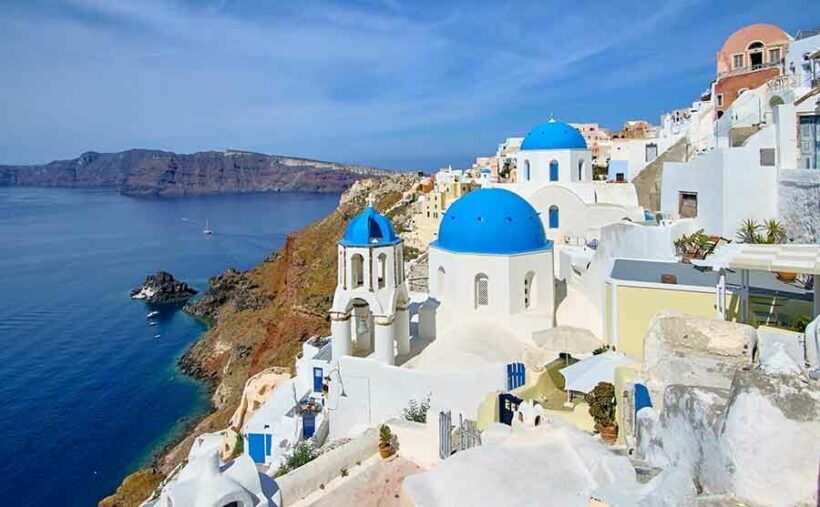 The latest findings from a research firm that analyses flight booking data confirms that vaccination is the key to rebooting international travel. The most recent research from ForwardKeys shows that destinations prepared to welcome vaccinated tourists have seen a surge in bookings.

In particular, Greece and Iceland, have had a significant uptake in inbound flights, while countries where mass vaccination is at an advanced stage, such as Israel, the US and the UK, have seen outbound bookings climb. They key point is that the world’s travel and flight industries are looking to insist on proof of vaccination or vaccine passports for the right to get on an international flight or travel beyond their borders.

Like Thailand, Greece is highly dependent on international tourism. Anxious to revive its decimated economy, the country has announced that tourists who are fully vaccinated, who have a negative Covid-19 test result, or who have recovered from the virus, are welcome to visit. The result is that the country is now the most popular destination among those summer booking holidays from the UK. According to TTR Weekly, confirmed flight bookings between July and September are 12% above what they were at the same time in 2019.

A similar trend can be seen in bookings from the US to Iceland. In March, the Icelandic government confirmed that vaccinated arrivals would face no entry restrictions, which led to a surge in bookings. Flight ticket sales shot up to 158% what they were at the same time in 2019.

Olivier Ponti from ForwardKeys says there is a clear correlation between high vaccination rates and outbound travel. In Israel, which has now vaccinated over 60% of the population, bookings for European trips have reached 63% of what they were in 2019, while in the UK, where over 52% of people are vaccinated, bookings are at 32% of 2019 numbers.

“Vaccinations appear to hold the key to reviving international travel, as countries that make clear promises to welcome vaccinated travellers are being rewarded by strong surges in flight bookings. We see a revival of confidence in outbound travel from countries where there has been a successful rollout of Covid-19 vaccines too.”

Pfizer vaccine OK for US children 12-15, critics urge better use