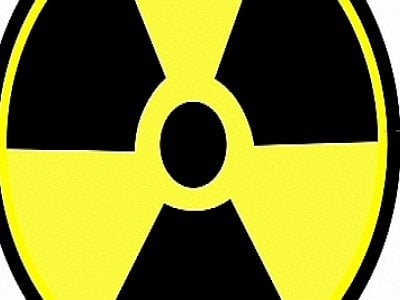 PHUKET: A leading Russian journalist and the founder of a local political newspaper was killed by a gunman on late Thursday evening, officials said on Friday. Human rights organizations are calling for a full investigation.

Khadzhimurad Kamalov, the founder of the weekly political newspaper ‘Chernovik’ (Rough Copy), was shot by an unidentified gunman on late Thursday evening in front of the newspaper’s editorial offices in central Makhachkala, the capital city of the North Caucasus republic of Dagestan.

According to witnesses, Kamalov had been working late and was accompanying a friend to the door when at least one masked gunman fired 14 times shots before fleeing the scene in a black Lada car. Emergency services were quick to respond, but Kamalov died in an ambulance while en-route to a local hospital.

A spokesman for the local investigation committee said an investigation has been launched, and a group of investigators have been put on the case. No arrests were made as of late Friday evening, but officials said they are working on the assumption that the murder is linked to Kamalov’s work as a journalist.

Several organizations immediately expressed their concern about the killing, including Reporters Without Borders which urged authorities to conduct a swift, complete and impartial investigation. “The impunity with which journalists are murdered in Dagestan and the rest of Russia is intolerable,” the organization said. “Kamalov’s murder will have a major intimidatory effect on all of Dagestan’s journalists.”

Tanya Lokshina, senior Russia researcher at Human Rights Watch, also condemned the murder. “This is a tremendous blow for the independent press in Dagestan,” she said. “There is hardly any doubt that Kamalov was killed because he was doing his job, in a region that is now known as Russia’s most unstable.”

Dunja Mijatovic, the Representative on Freedom of the Media for the Organization for Security and Co-operation in Europe (OSCE), urged authorities to ensure the safety of all journalists. “Daghestan and the Northern Caucasus are known to be among the most dangerous places in the world for journalists,” she said. “I am confident that the Russian authorities will not only investigate Kamalov’s killing and bring the perpetrators to justice but they will also take pre-emptive measures to ensure that journalists working in the region can carry out their professional duties safely and without fear.”

Kamalov was well known for his investigative coverage of sensitive subjects in Dagestan, including corruption, enforced disappearances and abuses against civilians by police and soldiers. Because the newspaper has frequently accused elements within the security forces of helping to destabilize the republic, prosecutors have accused it of supporting rebels.

In 2009, Kamalov was on an anonymous list of journalists, human rights activists and well-known figures which accused them of killing policemen by supporting the rebels. “Kamalov had not been the target of any particular threats of late,” Chernovik editor Biyakay Magomedov told Reporters Without Borders. “It is hard for me to say which article in particular might have prompted his tragic death. But Chernovik has always had many enemies.”

Magomedov said Kamalov’s murder will result in journalists losing their motivation to do investigative and independent journalism. “Our many appeals to Moscow have received no response,” the editor said. “The federal security forces and authorities have shown no interest in solving the murders of journalists in Dagestan.”

The volatile region of Dagestan neighbors Chechnya where around 50 percent of all militant attacks in Russia last year took place. According to the Committee to Protect Journalists (CPJ), a total of 20 journalists have been murdered in Russia since 2000. Seven of those were in the North Caucasus, all which remain unsolved.

Russia’s Federal Customs Service on Friday said it has seized radioactive material from the luggage of a man who was preparing to take a commercial flight from Moscow to Tehran. His whereabouts are unknown.

A statement issued by the customs service said it discovered 18 pieces of radioactive metal which were packaged in individual steel casings. The material was found in the luggage of an Iranian citizen who was planning to fly from Sheremetyevo International Airport in the Russian capital of Moscow to the Iranian capital of Tehran.

The agency said the radiation levels of the material, Sodium-22, were 20 times higher than normal background radiation. But nuclear experts and Russia’s atomic agency Rosatom said the radioactive isotope of sodium is primarily used for medical equipment and scientific research, and cannot be used as a weapon.

In addition, Sodium-22 can be produced in a particle accelerator and is available to medical and educational institutions across Russia. Rosatom said the material seized at the airport is not highly radioactive.

The man who attempted to transport the radioactive material from Moscow to Tehran had not been arrested. The customs service said a criminal case has been opened, but it did not say if it knows where the man is or if he had been questioned.

International concerns have been increasing for years regarding Iran’s nuclear activities. While Iran has repeatedly stated that its nuclear program is for the peaceful purpose of providing energy, many countries contend it is seeking to develop nuclear weapons.

Violent clashes in Kazakh oil town leave 10 dead, scores injured
Phuket Gazette
At least ten people were killed on Friday during violent clashes between police and striking oil workers in western Kazakhstan, officials said. Scores of others have been injured.

The clashes erupted as the Central Asian nation marked the 20th anniversary of independence from the Soviet Union. Police moved in to clear the main square in the town of Zhanaozen for independence celebrations but were charged by the oil workers, who have been demanding higher wages for months.

Kazakh Prosecutor General Askhat Daulbayev claimed rioters had attacked civilians who were gathering for the celebrations. “Refusing to give themselves up, the hooligans attacked law enforcement officers,” he said, adding that the rioters took down a Christmas tree, destroyed a stage and set a police bus on fire.

“Besides, they also beat the civilians and demolished the cars which were parked near the square,” Daulbayev said at a news conference. “The town administration, hotel buildings and the administrative building of Ozenmunaigas were set on fire.”

Daulbayev confirmed at least ten people had been killed while an unknown number of people were injured, including police officers. He did not say if all of the fatalities were protesters, or if police officers and civilians were among those killed.