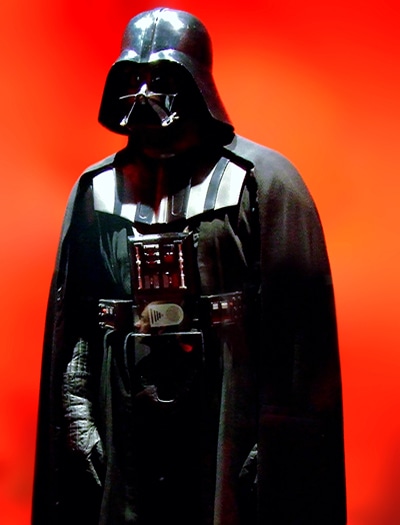 PHUKET: English actor and fencer Bob Anderson, who portrayed Darth Vader in the original Star Wars saga, died on Sunday, the British Academy of Fencing announced yesterday. He was 89.

Anderson, of Hampshire in southern England, was the stunt double for Darth Vader in ‘Star Wars Episode V: The Empire Strikes Back’ and ‘Star Wars Episode VI: Return of the Jedi’, being one of the seven people who portrayed the famous sci-fi villain. The character’s voice was brought to life by actor James Earl Jones, and he was physically portrayed by former weightlifter David Prowse.

“It is with extreme sadness that I must inform you that Bob Anderson passed away peacefully [yesterday] at 4 a.m. in hospital,” Philip Bruce of the British Academy of Fencing said.

“He was truly one of our greatest fencing masters and a world-class film fight director and choreographer and both the fencing community and film world will miss him. My heart felt sympathies and thoughts are with his family, friends and colleagues at this very sad time,” Bruce added.

Little credit had been given to Anderson until Mark Hamill, who acted as Luke Skywalker, told Starlog Magazine that Anderson had done all of Darth Vader’s sword fighting and deserved recognition.

Anderson also competed in the 1952 Olympic Games for Great Britain in fencing. He also participated in the World Championships in 1950. After emigrating to Canada, he became the technical director of the Canadian Fencing Association.

In the film industry, Anderson would work with several actors such as Errol Flynn and Antonio Banderas. He would also participate on the set of the ‘Lord of the Rings’ trilogy.

Anderson died at an English hospital and is survived by his wife and three children.

The iconic Darth Vader was one of the first characters created by George Lucas and concept illustrator Ralph McQuarrie back in 1975.

Lucas asked McQuarrie to create a villain with a cape that fluttered in the wind, and a wide brimmed helmet similar to the headgear of a medieval samurai.

The costumier, Bermans Nathans in conjunction with costume designer John Mollo completed the character with elements from four separate departments: a monks cloak from the ecclesiastical division, a World War II German helmet and gas mask from the military department, a leather under-suit from the motorcycle department, and a metal breastplate from the medieval section.