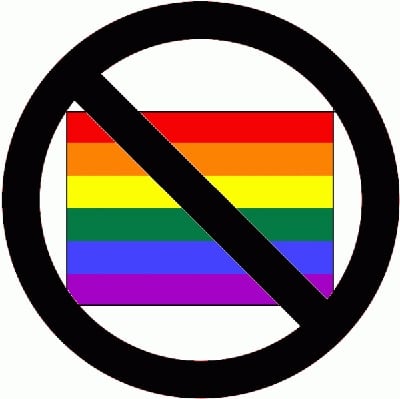 Under the new bill, anybody convicted of homosexuality risks a jail term of up to 14 years in prison. In addition, anyone who witnesses, aids or abets a same-sex union faces up to 10 years in prison, the Nigerian Tribune reported.

The law further prohibits the public show of amorous relationship directly or indirectly and empowers state high courts to prosecute offenders. The Senate added that only marriages contracted between a man and a woman either under Islamic law, customary law or the Marriage Act is valid.

The Senate president, David Mark, said the controversy surrounding the bill is ‘unnecessary’ because the bill is ‘against our culture, traditions and beliefs.’ “Any country who refuses to give aid to Nigeria because of the passage of this bill, should keep it as the practice of same sex unions remain strange to the Nigerian cultural values and practice,” he said.

Earlier this month, British Prime Minister David Cameron threatened to cut aid to countries which fail to respect gay rights, sparking outrage in many African nations. Ghanaian President John Atta Mills said Cameron is entitled to his views, but said he does not have the right to “direct to other sovereign nations as to what they should do.”

Uganda also rejected the threat with an official accusing the British government of showing a “bullying mentality.” Many African governments argue that homosexuality violates religious and cultural beliefs and have therefore made it illegal.

In Thailand there are no laws prohibiting homosexual behavior between two consenting adults presently, and with its age of of consent set at 15 years. Same-sex marriage and civil unions are not recognized in Thailand and it is not allowed for same-sex couples to adopt children either.

In general Thailand has a fairly large gay scene though is focused on foreigners visitors. Bangkok, Pattaya and Phuket are well known for their gay-friendly atmosphere and nightlife.

In the country, away from the western mix of culture, it can be very different as many people are very conservative. Open displays of affection are considered impolite and disrespectful even between heterosexual couples.

The most colorful characters on the gay scene are Thailand’s ladyboys, or katoeys, and they are generally accepted and pressured less than gay men.