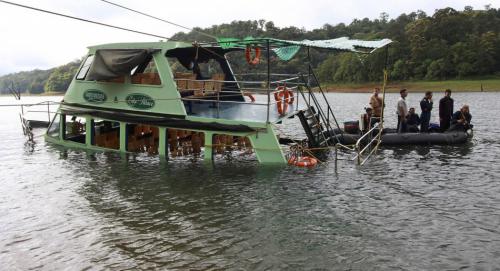 “A boat with some 40 odd people sank earlier today,” Anand Prakash, Chief Secretary of Andaman and Nicobar Islands, told Reuters. “Some 13-15 have been rescued. We are continuing rescue operations.”

He said there were no foreign tourists on board.

The relatively remote Andaman and Nicobar islands are a popular tourist destination for many Indians.