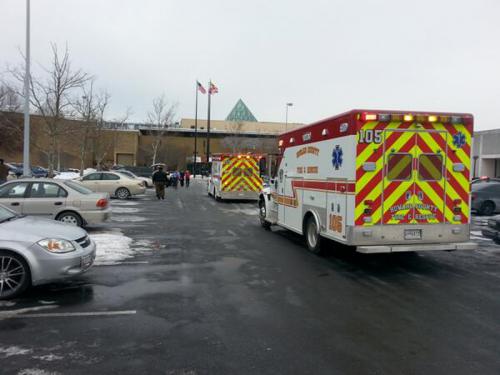 
Police name gunman in Maryland mall shooting; motive still unclear
Reuters / Phuket Gazette
PHUKET: A gunman who shot and killed two people at a Maryland mall was a 19-year-old who lived with his mother in a nearby Washington suburb and arrived at the shopping centre in a taxi about an hour before opening fire, police said on Sunday.

But a day after Saturday’s shootings, police could provide no immediate insight into why Darion Marcus Aguilar killed a young man and a young woman at the mall in Columbia, Maryland, about 20 miles (32 km) west of Baltimore, before apparently killing himself.

Police have found no evidence that Aguilar, of College Park, Maryland, knew the two victims who worked at a clothing and skateboard shop at the mall, Howard County Police Chief Bill McMahon told a Sunday evening news conference.

“We have no known relationship between the victims and our shooter,” he said.

Both were employees of Zumiez, the shop where the shooting took place. A third person on a lower floor of the mall suffered a gunshot wound to the foot, and four more people were hurt in the ensuing chaos.

The attack was the latest in a spate of shootings in recent weeks across the United States that have renewed questions about the vulnerability of public places like shopping centres, schools and cinemas and sparked fresh calls for stiffer gun control.

U.S. Representative Michael McCaul, a Texas Republican and chairman of the House Committee on Homeland Security, said the latest shooting highlighted the vulnerability of malls.

“You can’t have a security lockdown at our malls,” he said in an interview with CBS. “It’s very difficult to stop a lone gunman who may have mental issues …(and) wants to kill people. I mean, you can only do so much to stop that.”

“My concern is that this becomes such a norm that people think, ‘Well, that’s the way it is and nothing can be done,'” Pallone told MSNBC.

The shooting in Maryland followed earlier gun violence at a New Jersey mall in November in which a gunman fired at least six shots without hitting anyone, sparking a mass evacuation of the complex, then killed himself.

The past week saw a student shot dead at South Carolina State University in Orangeburg on Friday, after a teacher’s assistant was shot and killed at Purdue University in Indiana on Tuesday. Suspects have been charged with crimes in both cases.

The South Carolina shooting marked the 36th school shooting since 20 children were gunned down at Connecticut’s Sandy Hook Elementary School in December 2012, according to the group Mayors Against Illegal Guns. The Sandy Hook shooting renewed the national debate on gun laws, though gun control measures proposed by President Barack Obama in its wake were rejected by the U.S. Congress.

Shooter and victim were neighbors

The Maryland shooting happened around 11:15 a.m. EST (1615 GMT) on the mall’s upper level just above the food court. The mall, which has more than 200 stores, was crowded with weekend shoppers; many took shelter after hearing the shots or seeing people fleeing.

Police, who were in the area on another case, responded to the emergency calls within two minutes and found all three bodies either in the store or just outside it.

Aguilar had a backpack filled with crude explosives, and authorities were initially concerned he had booby-trapped himself, McMahon said.

“These were homemade devices consisting of flash powder and household items, so they’re not very sophisticated,” McMahon said. Police believe Aguilar legally bought the shotgun himself last month in nearby Montgomery County.

Overnight, police searched Aguilar’s home where they found more ammunition, and seized computers, including a journal.

“He does express some general unhappiness with his life,” McMahon said of the journal.

McMahon said he could not yet give further information about Aguilar, including whether he worked or was a student, but said Aguilar did not have a criminal record.

Aguilar lived less than a mile (1.6 km) away from Benlolo, the female victim, in a quiet middle-class neighbourhood with tree-lined streets in College Park, which is home to the University of Maryland’s flagship campus.

There was no answer at Aguilar’s address. Neighbours said he lived there with his mother and possibly a sister, and that the family, who had only moved in within the last couple of years, kept to themselves.

Neighbour Megan O’Reilly said she interacted with them only a couple of times. “The house, when I visited, looked immaculately kept on the inside,” she said. “They were not very engaging as neighbours.”