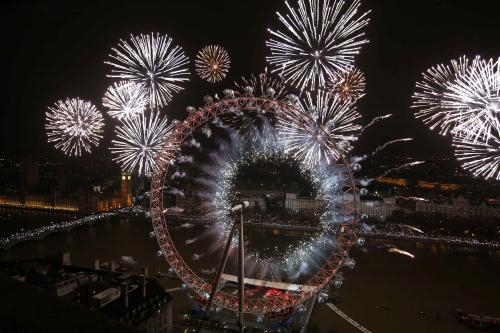 Both sides agreed to a ceasefire on Tuesday, mediators said, but fighting between government troops and militias loyal to former Vice President Riek Machar raged in Bor, the capital of the vast Jonglei state and site of an ethnic massacre in 1991.

“I’m worried that the continued fighting in Bor might scupper the start of these talks,” said Ethiopian Foreign Minister Dr. Tedros Adhanom, who is chairman of the regional Intergovernmental Authority on Development (IGAD) bloc that is mediating the talks.

“Hopefully both delegations will arrive tomorrow (Wednesday), start the talks and settle this problem once and for all,” Adhanom told Reuters by phone from Addis Ababa.

Western and regional powers have pushed both sides to end the fighting that has killed at least 1,000 people, cut South Sudan’s oil output and raised fears of a full-blown civil war in the heart of a fragile region.

It was not clear who controlled Bor on Tuesday night after a day of heavy fighting that started at dawn in the dusty town, which was held by Machar’s rebels for a few days at the start of the conflict. Nearly 200,000 civilians have been displaced.

“This can lead to a perpetual cycle of violence that can destroy the fabric of the new nation,” the United Nations warned in a statement. About 9,000 civilians are seeking refuge at the U.N. base in Bor.

The clashes erupted on December 15 with fighting among soldiers in Juba. The violence quickly spread to half of the country’s 10

Kiir has accused his long-term political rival Machar, who he sacked in July, of starting the fighting in an effort to seize power.

Machar has denied the charge, but he has taken to the bush and has acknowledged leading soldiers battling the government. There have been conflicting reports on whether Machar was in full control of the Nuer “White Army” militia fighting in Bor, though on Tuesday he told the BBC they were part of his forces.

The White House pressured all sides to cease hostilities and allow humanitarian assistance to flow to civilians.

“The United States will deny support and work to apply international pressure to any elements that use force to seize power,” White House spokeswoman Caitlin Hayden said in a statement on Tuesday. “At the same time, we will hold leaders responsible for the conduct of their forces and work to ensure accountability for atrocities and war crimes.”

The fighting has revived memories of the factionalism in the 1990s within the Sudan People’s Liberation Movement, the group that fought Sudan’s army in the north for two decades. Machar led a splinter faction and fighters loyal to him massacred Dinkas in Bor.

Both the government and the rebels said earlier on Tuesday that they were sending teams to start talks in neighbouring Ethiopia, though Machar told the BBC on Tuesday that he was not prepared to lay down weapons.

The U.S. special envoy to South Sudan, Donald Booth, said the commitment to send negotiators was an “important first step” towards a negotiated settlement.

Ugandan President Yoweri Museveni said on Monday that East African countries had agreed to move in and defeat Machar if he rejected the ceasefire offer, threatening to turn the fighting into a regional conflict. No other countries have confirmed any such an agreement.

“The town is still partly in our hands and partly in the hands of the rebels,” Mayor Nhial Majak Nhial told Reuters on Tuesday from the government’s military headquarters inside Bor, 190 km (120 miles) north of Juba by road.

Medical charity Medecins Sans Frontieres (MSF) said about 70,000 civilians had fled Bor and sought refuge in the town of Awerial in neighbouring Lakes state, with no access to food, clean water or shelter. Others were hiding in swamps.

“Living conditions are verging on the catastrophic,” MSF said.

According to United Nations figures, fighting across the country has displaced at least 180,000 people, including 75,000 who are seeking refuge inside U.N. bases.

The African Union said late on Monday it was dismayed and disappointed by the bloodletting that came two years after South Sudan won independence from its northern neighbour, Sudan.

The AU’s Peace and Security Council said it would “take appropriate measures, including targeted sanctions, against all those who incite violence, including along ethnic lines, continue hostilities (and) undermine the envisaged inclusive dialogue.”

In New York, about one million people were expected to gather in Times Square for the New Year’s Eve street party as Miley Cyrus, Melissa Etheridge and hip-hop artists Macklemore & Ryan Lewis headline the festivities and the dropping of a 11,875-pound, crystal-encrusted ball marks the start of 2014.

“We’ve been living on granola bars and little bottles of water, because if you move, you lose your spot,” said Sheila Harshbarger, who had travelled from Indiana with her daughter and staked out her ground next to a row of police barricades in the frigid cold more than 14 hours before midnight.

There will be no crystal ball for Brasstown, in the mountains of North Carolina. At midnight it will hold its 20th New Year’s Eve “possum drop” – in which a caged opossum is displayed in a Plexiglas container for spectators.

“If New York can drop a ball… then we can lower the opossum,” organizers explained on their website.

The event got a last-minute go-ahead after a judge refused a plea by animal-rights group People for the Ethical Treatment of Animals to stop the event.

Across the northern United States, partygoers braced for snow and freezing temperatures. Chicago, which could see a significant snow storm amid its flurry of festivities, was offering free rides on trains and buses from 10 p.m. to 4 a.m. to ensure revellers make it home safely.

In San Francisco, one of the last places in the world to see the clock strike midnight, some 200,000 people will gather on the waterfront for a fireworks display illuminating the city’s world famous Golden Gate Bridge.

While organizers in cities like Chicago and New York were just starting to block off streets in preparation for the evening’s events, festivities were well under way in other parts of the globe.

As midnight struck in Sydney, Australia, a massive fireworks display lit up the night sky around the city’s famed Ha