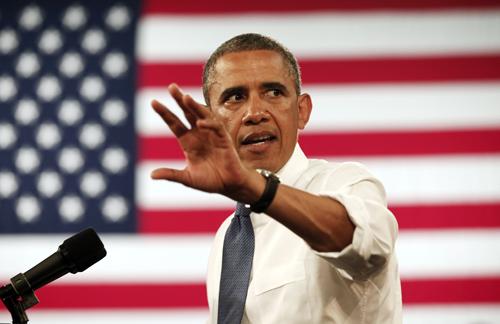 PHUKET: U.S. lawmakers and 30 human rights groups yesterday urged President Barack Obama to use a weekend summit with Chinese President Xi Jinping to press for the freedom of 16 prominent political and religious prisoners.

Obama hosts Xi in California on Friday and Saturday for what both countries have billed as an informal summit focusing more on developing personal chemistry than on resolving specific disputes between the world’s two biggest economies.

The 16 prisoners were “only the tip of the iceberg among hundreds of thousands of cases,” blind legal activist Chen Guangcheng told a news conference in Washington, speaking by video from New York.

Chen made international headlines last year when he escaped house arrest and took refuge at the U.S. Embassy in Beijing before flying to exile in New York to study law.

The 30 rights groups include Amnesty International, Jubilee Campaign and the International Campaign for Tibet and are backed by Democratic and Republican lawmakers. They called on Obama to restore human rights as a central issue in U.S.-China relations – as it had been in the first two decades after diplomatic ties were established in 1979.

“(We) call upon you to advocate for the rights of prisoners of conscience, as your predecessors have done,” Republican Representatives Frank Wolf of Virginia and Chris Smith of New Jersey and Democratic Representatives James McGovern of Massachusetts and Karen Bass of California said in a letter to Obama.

A senior Obama administration official told reporters on Tuesday that, “As always, the president will forthrightly – and I think persuasively – raise American human rights concerns.”

But such releases have become rare since the United States gave Beijing permanent trading privileges in 2001, when China joined the World Trade Organization, ending an annual vote by the U.S. Congress based on a review of China’s record.

“We all know how dangerous it is to get our hopes up, because we have had our hopes dashed on more than one occasion,” Ti-Anna Wang told a news conference in Washington, where she has been lobbying on behalf her jailed father and other prisoners.

The 24-year-old Wang’s father, Wang Bingzhang, is a physician serving life in prison for his role in overseas Chinese democracy movements. Wang and several other daughters of jailed dissidents fought back tears as they described growing up in exile in the United states, far from their jailed fathers.

PHUKET: The Obama administration yesterday defended its collection of a massive amount of telephone records from at least one carrier as part of U.S. counterterrorism efforts, re-igniting a debate over privacy even as it called the practice critical to protecting Americans from attacks.

Privacy advocates blasted the order as unconstitutional government surveillance and called for a review.

A senior administration official, speaking on condition of anonymity, did not specifically confirm the report, but noted the published court order pertains only to data such as a telephone number or the length of a call, and not the subscribers’ identities or the content of the telephone calls.

The order requires the government to turn over to the National Security Agency so-called “metadata” such as a list of numbers that called other U.S. or international numbers as well as other transactional information on the time and location of calls. The NSA is the main U.S. intelligence-gathering agency tasked with monitoring electronic communications.

“Information of the sort described in the Guardian article has been a critical tool in protecting the nation from terrorist threats to the United States, as it allows counterterrorism personnel to discover whether known or suspected terrorists have been in contact with other persons who may be engaged in terrorist activities, particularly people located inside the United States,” the senior administration official said.

The revelation renewed concerns about the intelligence-gathering effort – criticized by human rights and privacy advocates – launched in the wake of the September 11, 2001, attacks on the United States and raised questions about its oversight.

It also drew fresh attention to President Barack Obama’s handling of privacy and free speech issues. His administration already is under fire for searching Associated Press journalists’ calling records and the emails of a Fox News Channel reporter as part of its inquiries into leaked government information.

Verizon has declined to comment. It remains unclear whether the practice extends to other carriers, though several security experts and at least one U.S. lawmaker said that was likely.

AT&T Inc declined to comment. Representatives for other major carriers, including Sprint Nextel Corp and T-Mobile, could not be immediately reached or had no immediate comment.

PHUKET: The Idaho parents of a U.S. soldier held prisoner by Taliban allies since 2009 said yesterday they have received a letter from their son that gives them hope that he is well despite his captivity.

Bob Bergdahl, father of 27-year-old Bowe Bergdahl, said in a statement that he was confident the letter recently received through the efforts of the International Committee of the