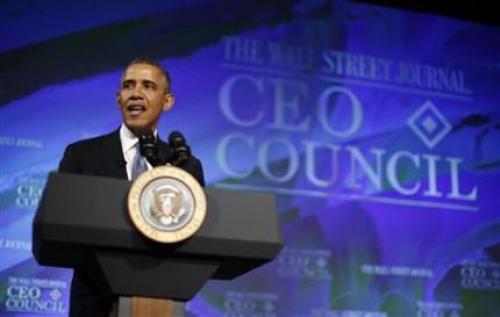 
Obama was briefed earlier in year on health website problems
Reuters / Phuket Gazette
PHUKET: President Barack Obama, who has portrayed himself as surprised by technical problems with the government’s new health care website, was briefed earlier this year on a consultant’s report that warned of possible widespread site failures, the White House said yesterday.

There have been weeks of questions about whether Obama understood the depth of the site’s problems and let it open anyway, or simply “did not have enough awareness” of them, as the president stated at a November 14 news conference.

While the government says it is improving the portal’s performance every day, security experts told a Republican sponsored congressional hearing Tuesday that in their opinions, it is still not sufficiently secure to be used confidently by consumers.

Even as the administration fended off criticism of the so-called “front end” of the system, officials revealed Tuesday that they had not completed development of the “back end,” the financial management component needed to finalize federal subsidies for consumers who buy health plans.

A spokeswoman for the Centers for Medicare and Medicaid Services, the lead agency for the website, said it would not be completed until mid-January, weeks after the first enrollees are scheduled to begin receiving benefits under the Affordable Care Act, passed in 2010 as Obama’s signature domestic policy.

Meanwhile, Obama’s approval rating dipped to a low of 37 percent in a Reuters/Ipsos poll.

Bits and pieces have leaked out over the past few weeks about flaws in the site’s development process. Monday night, however, Republican lawmakers who oppose Obamacare released a report and recommendations prepared by McKinsey & Co at the government’s request in March 2013.

It cited, among other things, a rushed process that left insufficient time for testing and a focus by officials on getting people enrolled versus making the system work right.

The consequence, it said, could be system failures that could make enrollment slow or at times impossible for consumers, which is exactly what happened.

Questioned about the McKinsey study, White House spokesman Jay Carney said the president had been briefed on it in the spring.

But he said the president’s familiarity with the report and recommendations did not contradict previous statements from the White House that described Obama as surprised by the scope of flaws in HealthCare.gov.

Obama was told that the problems identified by McKinsey were being addressed, Carney said. And Obama had never claimed to be unaware of “red flags” about the site, only of their seriousness.

But since the disastrous rollout of Obamacare, the question has persisted whether the president has been “less than competent or less than candid,” said John Pitney, professor of politics at Claremont McKenna College in Claremont, California. “This tips the scales in favor of less than candid.”

Release of the report by the Republican chairman of the House Energy and Commerce Committee was part of a broad effort by Republicans to discredit the health care program and to portray the administration as incompetent in implementing the health care law.

Security camera footage showed a man in an explosives belt rushing towards the outer wall of the embassy in Beirut before blowing himself up, Lebanese officials said. They said a car bomb parked two buildings away from the compound had caused the second, deadlier explosion. The Lebanese army described both blasts as suicide attacks.

In a Twitter post, Sheikh Sirajeddine Zuraiqat, the religious guide of the Abdullah Azzam Brigades, said the group had carried out the attack. “It was a double martyrdom operation by two of the Sunni heroes of Lebanon,” he wrote.

Lebanon has suffered a series of sectarian clashes and bomb attacks on Sunni and Shi’ite Muslim targets which have been linked to the Syrian conflict and which had already killed scores of people this year.

Tuesday’s bombing took place on the eve of more talks between world powers and Iran over Tehran’s disputed nuclear programme. They came close to agreeing an interim deal during negotiations earlier this month.

The bombs also struck as Assad’s forces extended their military gains in Syria before peace talks which the United Nations hopes to convene in mid-December and which Iran says it is ready to attend.

Shi’ite Iran actively supports Assad against mostly Sunni rebels, and two of its Revolutionary Guard commanders have been killed in Syria this year. Along with fighters from the Lebanese Shi’ite movement Hezbollah, Iran has helped to turn the tide in Assad’s favour at the expense of rebels backed and armed by Sunni powers Saudi Arabia and Qatar.

A Reuters cameraman at the scene counted six bodies outside one entrance to the embassy compound. Body parts were strewn as far as two streets away and several cars were badly damaged.

An Iranian Foreign Ministry spokeswoman said the bombs were “an inhuman and vicious act perpetrated by Israel and its terror agents”, Iran’s IRNA news agency reported.

Israeli lawmaker Tzachi Hanegbi said his country had played no role. “The bloodshed in Beirut is a result of Hezbollah’s involvement in the Syria crisis. Israel was not involved in the past and was not involved here,” he said in Jerusalem.

Iran’s ambassador Ghazanfar Roknabadi identified one of the dead as Ebrahim Ansari, a cultural attache at the embassy.

A Lebanese security source said the bombers struck just before Roknabadi and Ansari had been due to leave the embassy for a meeting at Lebanon’s Culture Ministry, as embassy guards were preparing a convoy of cars to take them.

Fires engulfed cars outside the embassy and the facades of some buildings were torn off. Shattered glass covered the bloodied streets and some trees were uprooted, but the embassy’s well-fortified building itself suffered relatively minor damage.

“Whoever carries out such an attack in these sensitive circumstances, from whichever faction, knows directly or indirectly that he is serving the interests of the Zionist entity (Israel),” Roknabadi said.

He did not say whether other embassy officials were among the dead, but Lebanese TV stations quoted Iranian diplomatic sources as saying none of their staff in the embassy was hurt.