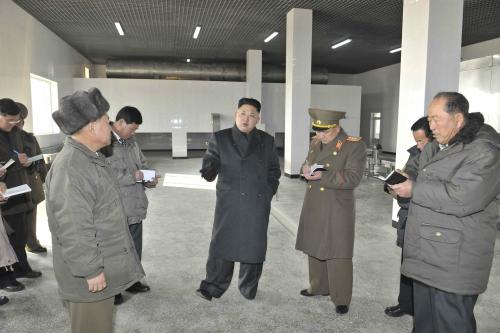 
North Korea assembly vote set for March, to consolidate Kim’s power
Reuters / Phuket Gazette
PHUKET: North Koreans will hold elections for the country’s rubber stamp parliament in March, the first such polls under Kim Jong Un’s leadership, which are set to further consolidate his power after the purge of his uncle.

Kim’s uncle, Jang Song Thaek, was one of the most powerful figures in North Korea until his purge and execution just a few weeks ago. South Korean President Park Geun-hye has described recent events in North Korea as a “reign of terror.

The reclusive North’s official media said on Wednesday that the election for its Supreme People’s Assembly would be held on March 9, without offering details.

The current members of the assembly were elected in March 2009.

On New Year’s day, Kim Jong Un, the third generation of his family to rule North Korea, said in his first reference to the execution of his powerful uncle, that the country’s ruling party had become stronger after purging “factional filth”.

The South Korean intelligence agency’s thinktank, the Institute for National Security Strategy, said that the election would offer insight into the country’s future power structure, with the focus on whether Jang’s group will be replaced and on changes to the ratio of political elites to technocrats.

The Supreme People’s Assembly, or parliament, is officially the North’s highest body of sovereign power that can revise the constitution, approve the budget and make appointments to top official positions, including the National Defense Commission.

The assembly session meets once or twice a year and is a highly choreographed affair focused on budget matters, with legislation traditionally passed by unanimous approval.