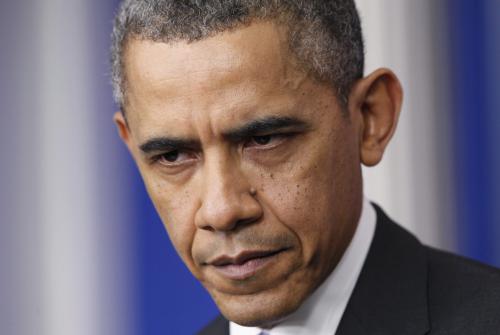 
Obama to consult intelligence leaders, Congress on NSA review
Reuters / Phuket Gazette
PHUKET: President Barack Obama will hear from intelligence officials and congressional leaders as he nears the final stages of a review over how much to rein in U.S. surveillance practices in the wake of the Edward Snowden revelations, officials said on Tuesday.

Obama later this month is to unveil a series of reforms to how the National Security Agency collects intelligence with a view toward giving Americans more confidence that their privacy is not being violated.

Obama spent part of his two-week Hawaii vacation considering some recommendations from an outside presidential advisory panel of experts. Separately, a lengthy internal White House review is nearing completion and will help form the basis of the president’s reforms, to be laid out in a speech.

White House officials said Obama will hold meetings with people with a variety of perspectives as he nears the final stages of a continuing internal White House review.

He will meet on Wednesday with leaders of the intelligence community and with members of the Privacy and Civil Liberties Oversight board, an independent panel that advises the White House on privacy concerns.

On Thursday, he will meet with congressional leaders on the subject.

Obama has given indications that he would like to strike a middle ground on how far to go in reining in the NSA, by saying some checks are needed on the system but that the United States cannot unilaterally disarm.

One option that Obama has talked about taking is allowing some bulk phone data collected by intelligence agencies to be kept by private companies instead of the U.S. government.

The reasoning is that this would give Americans more confidence that their privacy is being protected. Critics of this idea say it would make data less, rather than more, secure.

Obama is also considering a ban on U.S. eavesdropping on leaders of allied nations after reports that the NSA had monitored German Chancellor Angela Merkel’s cellphone triggered outrage in Germany. U.S. officials have said they are not now tapping Merkel’s cellphone.

Administration officials said Obama’s meetings this week will allow interested parties to weigh in on his decision-making and voice their opinions.

Two sets of congressional committees have come up with diametrically opposite proposals for dealing with the telephone metadata issue.

Judiciary Committee chairs Patrick Leahy in the Senate and Jim Sensenbrenner in the House of Representatives have introduced bills which would eliminate bulk metadata collection by the NSA entirely.

But the House and Senate intelligence committees have included provisions in their spending bills that would keep metadata collection authorization precisely as it is.

This is in spite of the conclusion by Obama’s outside advisory panel that since 2007, bulk telephone metadata collection by NSA had produced “no instance in which NSA could say with confidence that the outcome” of a terrorism investigation “would have been different” if the metadata had not been collected.