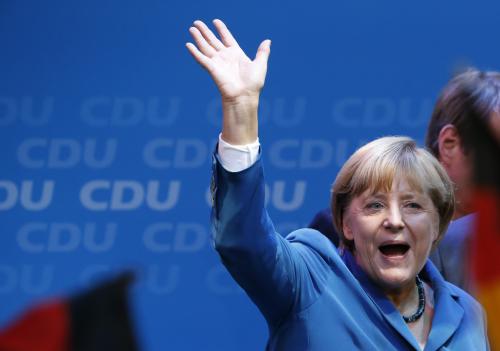 The seizure of the cocaine haul valued at as much as 200 million euros (169 million pounds) comes as Washington is again accusing Venezuela of failing to adequately fight trafficking of cocaine from neighbouring Colombia.

Public prosecutors will charge a first sergeant, a second sergeant and a first lieutenant for “allegedly committing crimes established by Venezuelan law,” the prosecutor’s office said, without offering details of what charges it would file.

It added that authorities in Paris had detained six people, three of whom are Italian and three British.

The drugs were stashed in suitcases that were registered under false names that did not correspond to passengers on the flight to Charles de Gaulle airport, French police sources told Reuters.

French Interior Minister Manuel Valls estimated the cocaine shipment had a value of 50 million euros, while police and legal sources said the street value of the drug could be as much as 200 million euros.

“This marks the biggest seizure of cocaine ever made in mainland France as part of a judicial investigation,” Valls told reporters on Saturday.

Air France said it was still trying to find out how the drugs were smuggled on board.

“Pending the results of these investigations, immediate measures have been taken to enhance our checks of baggage and goods on departure from certain sensitive destinations,” the airline said in a statement.

Drug enforcement experts say Venezuela’s location on South America’s Caribbean and Atlantic seaboards makes it a preferred route for planes and ships carrying Colombian cocaine to the United States and Europe via Central America and Africa.

The United States has for over a decade accused Venezuela of turning a blind eye to drug smuggling, and has described several high-ranking military officials and ruling party allies as drug “kingpins.”

The White House said in an annual report this month that Venezuela, along with Bolivia and Myanmar, had not made substantial efforts during the last 12 months to meet its obligations under global counter-narcotics agreements.

The government of President Nicolas Maduro, who won an election in April that followed Hugo Chavez’s death from cancer, calls such criticism a politically motivated smear campaign.

He says anti-narcotics cooperation has actually improved since 2005, when Chavez kicked out the U.S. drug enforcement agents.

Last year, Venezuelan security forces working with Colombian authorities and U.S. and British intelligence agencies caught one of the most-wanted Colombian kingpins – Daniel “Crazy” Barrera – during an operation in a Venezuelan border city.

Typhoon Usagi, the strongest storm to hit the Western Pacific this year, began pounding the Asian financial centre late on Sunday. More than 370 flights were cancelled.

The No. 8 signal warning remained in force early on Monday, with financial markets closed for at least part of the morning. The weather observatory said the storm had weakened from “super” typhoon status and that it would consider lowering the warning signal before 10 a.m. (0200 GMT)

At least 20 people were killed on China’s southern coast, television reports said, including 13 in Shanwei in the eastern fringes of Guangdong province.

The victims included people hit by debris and others who had drowned. One man was killed by a falling window pane.

“It is the strongest typhoon I have ever encountered,” Xinhua quoted Luo Hailing, a gas station attendant in Shanwei, as saying. “So terrible, lucky we made preparations.”

Winds of more than 180 km/hour (110 mph) were recorded in some parts of southern China, toppling trees, cranes and blowing cars off roads in some areas.

The storm had earlier brought down three major power lines in coastal Fujian, cutting off electricity supplies to about 170,000 households, Xinhua reported.

Four of the six power-generating units at the plant had been ordered to operate at reduced load.

Airlines cancelled flights to cities in southern Guangdong and Fujian, while shipping was suspended between China and Taiwan, state media said.

Despite earlier warnings the typhoon could pose a severe risk to Hong Kong, the city suffered only minimal damage, including toppled trees. There were no fatalities in the city.

The Hong Kong Exchange delayed the start of trading on securities and derivatives markets due to the typhoon.

There will be no trading in the morning if the typhoon signal remains at 8 or higher at 9 a.m Hong Kong time (0100 GMT), with trading suspended for the whole day if storm signal 8 is still up at noon.

Usagi lashed the east and south coasts of Taiwan on Saturday after slamming into the Philippines’ northernmost islands, where it cut communication and power lines and triggered landslides.


Victorious Merkel must reach out to leftist rivals
Reuters / Phuket Gazette
PHUKET: Angela Merkel won a landslide personal victory in Germany’s general election on Sunday, but her conservatives appeared just short of the votes needed to rule on their own and may have to convince leftist rivals to join a coalition government.

Partial results put support for Merkel’s conservative bloc on 42 percent, their strongest score since 1990, the year of German unification, and a ringing endorsement of her steady leadership during the euro zone crisis.

The outcome left the centre-right chancellor tantalisingly close to an absolute majority in the Bundestag lower house of parliament, a feat achieved only once in 1957 by Konrad Adenauer, the father of the West German federal republic.

“This is a super result,” Merkel told cheering supporters. “Together, we will do all we can to make the next four years successful ones for Germany.”

If she were to rule alone, which looks unlikely, she would have to