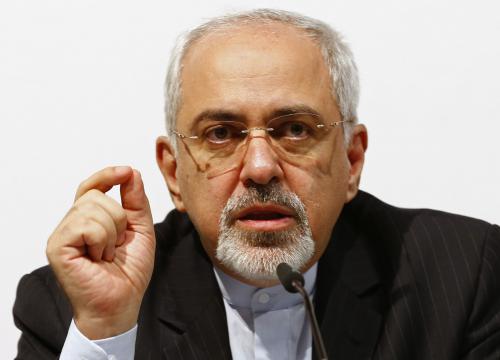 Major world powers struck an interim deal with Iran on November 24 giving Tehran an estimated $7 billion in sanctions relief in return for steps to restrain Iranian nuclear activities. The deal called for negotiation of a full agreement within a year.

Members of Congress have argued that it was unwise to ease sanctions before Iran took aggressive action to rein in its nuclear program, which the United States, Israel and others suspect may be aimed at building bombs. Iran has denied this.

“I was stunned when I saw what the agreement was. I’ve been disgusted as we’ve gone forward,” Idaho Senator James Risch, a senior Republican committee member, said during a contentious hearing of the Senate Foreign Relations Committee.

Wendy Sherman, Under Secretary of State for Political Affairs and the lead U.S. negotiator with Iran, reassured lawmakers that negotiators would take a hard line on Iran’s nuclear program as talks progressed.

“We see this as a first step so we don’t consider the gaps that exist loopholes because this is not a final agreement,” Sherman testified.

“This is not perfect, but this does freeze and roll back their program in significant ways and give us time on the clock to in fact negotiate that comprehensive agreement,” she said.

U.S. lawmakers have some influence over Iran policy because of their ability to pass legislation imposing fresh sanctions on Iran, something President Barack Obama has opposed during the current negotiations and threatened to veto.

The dispute over the sanctions bill has caused friction between Obama and members of Congress, including some fellow Democrats like New Jersey Senator Robert Menendez, the leading sponsor of the legislation and chairman of the foreign relations panel.

‘I don’t believe any of you… are warmongers’

“Maybe the administration can be enlightened to understand the difference between tactics and warmongering and fear-mongering,” Menendez said partway through the hearing, referring to a statement from Obama’s National Security Council last month suggesting supporters of a sanctions bill preferred war.

Despite being one of only two Senate Republicans not co-sponsoring the sanctions legislation, Arizona Senator Jeff Flake said he did not like the “warmonger” reference and Illinois’ Richard Durbin, the number two Senate Democrat, also stressed that he did not question any lawmaker’s motives.

“For the record, I don’t believe any of you and any senator, any member of the House, are warmongers,” Sherman said. “I don’t believe that anyone prefers war.”

The attempt to impose new sanctions on Iran has stalled in the Senate and lawmakers are discussing whether to introduce a weaker, non-binding resolution calling for negotiators to set strict conditions in nuclear talks.

Several senators raised concerns about foreign companies laying the groundwork to invest in Iran in the absence of sanctions.

“There are people from all over the world who are clamouring to do business with Iran,” said Senator Bob Corker of Tennessee, the committee’s senior Republican.

David Cohen, Treasury Under Secretary for Terrorism and Financial Crimes, stressed that sanctions relief in the interim agreement was temporary. He promised, however, that there would be action against any violators of U.S. sanctions.

“We are poised to deploy our tools against anyone anywhere who violates our sanctions, just as we have always done,” Cohen said.

Sherman suggested that Iranian authorities could face some domestic backlash if rising expectations of such business deals were not realized. “Although we don’t want people to go because we think it does send the wrong message, if they do go it puts pressure perversely on the Rouhani administration,” she said.

Several lawmakers voiced concern about a proposed oil-for-goods swap between Russia and Iran. A Reuters report on January 10 revealed that Iran and Russia were negotiating a $1.5 billion per month oil-for-goods swap that would enable Iran to lift oil export substantially.

Sherman said the issue had been raised at “the highest level” to ensure it did not go ahead. “My own sense of this is, after a fair amount of clarity about this matter, that nothing will move forward at this time,” she said.