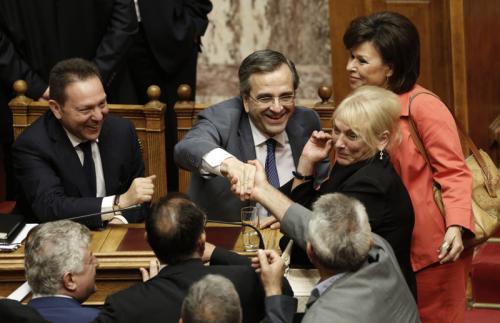 
North Korea demands Panama free seized ship carrying arms
Reuters / Phuket Gazette
PHUKET: North Korea demanded on Thursday the release of its ship held in Panama with what appear to be missile radar and other weapons loaded in Cuba, saying it was sailing under a legitimate deal and calling the initial suspicion of drugs on board “a fiction.”

“The Panamanian investigation authorities rashly attacked and detained the captain and crewmen of the ship on the plea of ‘drug investigation’ and searched its cargo but did not discover any drug,” North Korea’s Foreign Ministry spokesman said.

“This cargo is nothing but aging weapons which are to send back to Cuba after overhauling them according to a legitimate contract,” the spokesman was quoted as saying by the official KCNA news agency.

“The Panamanian authorities should take a step to let the apprehended crewmen and ship leave without delay.”

Panamanian authorities seized the North Korean freighter and found what appeared to be components for Soviet-era missile radar system under sacks of brown sugar.

The ship was stopped last week as it headed into the Panama Canal and authorities arrested the crew on Monday after finding undeclared missile-shaped objects, a potential violation of U.N. sanctions linked to the North’s nuclear and missile programmes.

Panama said on Wednesday that it had asked the United Nations to determine the legality of the cargo.

Security experts said there was a possibility North Korea was trying to import the equipment and the explanation about repairing the items may be a disguise.

Britain’s ambassador to the United Nations said the ship appears to have violated U.N. arms embargo on North Korea.

North Korea has been under wide-ranging sanctions under Security Council resolutions since 2006 that ban trade of most types of weapons after conducting missile and nuclear tests in defiance of international condemnation.

It tested a nuclear device for the third time in February that led to the adoption of the latest Security Council resolution that tightened the sanctions regime.

The vote was the first major test for Prime Minister Antonis Samaras’s two-party coalition since losing an ally over the abrupt shutdown of the state broadcaster last month, which left it with a scant five-seat majority in the 300-seat parliament.

After midnight on Wednesday, 153 lawmakers out of the 293 present voted in favour of the bill, whose passage was required to unlock nearly 7 billion euros (6 billion pounds) in aid from European Union and International Monetary Fund lenders.

The bill includes deeply divisive plans for a transfer and layoff scheme for 25,000 public workers – mainly teachers and municipal police – that had triggered a week of almost daily marches, rallies and strikes in protest.

About 5,000 Greeks flooded the street outside parliament as the vote neared, with some chanting: “We will not succumb, the only option is to resist” and holding aloft black balloons – though turnout was much smaller than in protests last year.

“After 12 years on the job, they fire us in one night,” Patra Hatziharalampous, a 52-year-old school guard in uniform said between sobs. “If they have any guts, they should say no to the bailout and take some of the bill’s articles back.”

The reforms were passed hours before German Finance Minister Wolfgang Schaeuble – Europe’s leading proponent of austerity blamed by many Greeks for their woes – arrives in Athens for his first visit to Greece since the debt crisis began in 2009.

Before the vote, Samaras announced Greece’s first tax cut since its crisis began nearly four years ago, in a bid to placate protests and an increasingly restive public mood.

“We will not relax,” Samaras said in a surprise television address to announce that value-added tax (VAT) in restaurants would be cut to 13 percent from 23 percent starting August 1.

“We will continue climbing up the hill, we will reach the top, which is not far, and better days will come for our people.”

In a clip that became an instant hit on social media site Twitter, television stations accidentally showed Samaras fumbling at an initial attempt to read the statement and swearing “Damn my head, ******” as he walked off the podium.

The government had made a show of arguing for the restaurant VAT cut during its latest talks with lenders, and analysts said the move was a symbolic attempt to show austerity-hit Greeks that there was light at the end of the tunnel.

Samaras said the cut would help curb tax evasion, a major problem in the country and one of the reasons it slid into a debt crisis in 2009, but warned that if evasion persisted VAT would revert to 23 percent.

“The crucial thing is that it was announced now and not after the summer,” said Thomas Gerakis, head of Marc Pollsters. “How it will benefit consumers remains to be seen.”

Athens has been limping along on two bailouts worth over 240 billion euros ($315 billion) since 2010, which it has secured at the price of wage cuts and tax rises that have triggered a six-year recession and sent unemployment to 27 percent.

The latest bill agreed with lenders includes a luxury tax on houses with swimming pools and owners of high performance cars.

But the move that has drawn the most anger is the plan to place 25,000 workers into the layoff scheme by the end of 2013, giving them eight months to find another position or get laid off. Greece’s public sector is widely seen as oversized, inefficient and filled with patronage hires, but many Greeks believe society can no longer go tolerate cuts or tax hikes.

Uniformed municipal police, garbage collectors in orange vests and hundreds of other public sector workers have taken to the streets of Athens almost daily on motorbikes in over a week of protests, blowing whistles, honking horns and blaring sirens.

While the magazine defended its decision, drugstore chain CVS Caremark Corp refused to sell it.

“It’s a total disgrace, that cover of Rolling Stone,” Menino told reporters at the opening of a rail station. “It should have been about survivors or first responders. Why are we glorifying a guy who created mayhem in the city of Boston? I am going to be in touch with the publishers and tell them how I feel about it