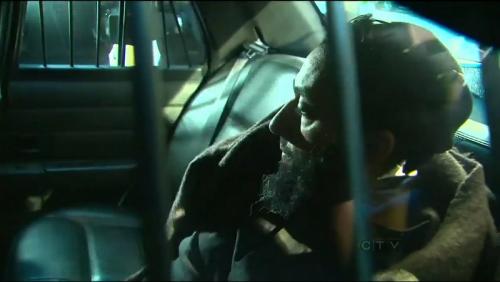 PHUKET: Switzerland said it will reintroduce quotas for European Union workers, bowing to growing unease about immigration from poorer neighbours, in a decision Brussels says violates an accord.

Prosperous, landlocked Switzerland has seen the net influx of workers rise to up to 80,000 a year, contributing to a house price bubble and prompting criticism from right-wing parties.

The Swiss Federal Council said on Wednesday the quotas, effective for 12 months, will apply to eight central and eastern European countries including Hungary, Poland and Slovakia.

They will likely be extended to a further 17 countries in western and southern Europe in June, it added.

Under the terms of the 1999 Agreement on the Free Movement of Persons, non-EU Switzerland may invoke a “safeguard clause” which allows temporary caps on work permits if the annual influx exceeds a certain number.

” came to the conclusion that the safeguard clause is one of several measures which can help to make immigration more acceptable to society and compatible with its needs,” it said in a statement.

The EU’s foreign policy chief Catherine Ashton said she regretted the Swiss action, adding that it was contrary to the 1999 treaty since the quotas differentiate between countries.

“These measures disregard the great benefits that the free movement of persons brings to the citizens of both Switzerland and the EU,” she said in an emailed statement.

PHUKET: The African Union on Wednesday brought together for the first time for peace talks Sudan and insurgents fighting government troops in two states bordering South Sudan, in a conflict that has affected almost a million people.

Fighting broke out between the Sudanese army and the Sudan People’s Liberation Movement-North, or SPLM-North, in the states of South Kordofan and Blue Nile around the time of South Sudan’s secession from Khartoum in 2011.

The violence has displaced or severely affected more than 900,000 people, according to the United Nations.

Sudan previously refused to meet the SPLM-North, and accused South Sudan of backing the rebels, charges denied by Juba.

Khartoum altered its position after ties with South Sudan greatly improved last month with the signing of a deal to resume cross-border oil flows, the lifeline for both. Both sides also agreed to open 10 border crossings on Tuesday.

Ghandour and Arman were later set to meet directly for the first time, diplomats said.

No quick breakthrough is expected as both sides harbour deep mistrust and even hostility. Diplomats see the fact that talks actually take place as success and hope both will agree to allow the United Nations to deliver badly needed aid via Sudan to rebel-held territories in both states.

In an opening statement to the AU panel and Sudan’s delegation, the SPLM-North said it was “looking forward to fruitful negotiations” to address the humanitarian crisis and find a solution for the conflict in both states.

Rebels in South Kordofan and Blue Nile states sided with South Sudan during the civil war with Khartoum, which ended with a peace deal in 2005. They were left on the Sudanese side of the border after southern secession and complain of marginalisation.

“We see clearly that this negotiation represents a new historical opportunity to realise a just peace and peaceful democratic change that will lead to building a strong new Sudanese state on the basis of equal citizenship,” SPLM-North leaders said in the statement sent to the media.

The rebels also demanded the release of 600 people they said were held by Sudanese authorities as political prisoners.

The SPLM is part of a an alliance with three rebel groups in the western Sudanese region of Darfur, scene of a separate insurgency, which seeks to topple President Omar Hassan al-Bashir.

PHUKET: An FBI-led Joint Terrorism Task Force in Boston was alerted when one of the two brothers who later allegedly carried out the Boston Marathon bombings travelled to Russia, U.S. officials said on Wednesday in one of several disclosures that cast new light on the government’s handling of the case.

The officials also said Russia, which had tipped off the FBI about its concerns over one of the men, Tamerlan Tsarnaev, in early 2011 and asked the agency to look into him, made a second, identical request to the CIA in late September 2011.

As a result, a U.S. intelligence official said, the CIA “nominated” Tsarnaev’s name for inclusion on a government watch list known as TIDE.

Reuters first reported on Tuesday that Tamerlan Tsarnaev’s name was on that list, which is maintained by the National Counterterrorism Centre and is separate – and much larger – than the U.S. government’s “no fly” list.

It remains far from clear that either the alert to the FBI or Russia’s previously unreported contact with the CIA could have helped uncover a plot that ultimately killed four people and injured more than 200 in Boston.

But some lawmakers are questioning whether U.S. security agencies had properly shared information in the case.

U.S. officials defended their handling of the probe, noting that while the Russian government saw Tsarnaev as a threat, an FBI investigation turned up no evidence that he was contemplating violence in the United States.

Tamerlan Tsarnaev, who was killed in a shootout with police, and his younger brother Dzhokhar, who is in custody in a hospital after being badly wounded in battles with police, was formally charged this week.

“We have to evaluate the performance whatever we do to see if we did the proper thing, or if we should have gone further, was there a mix-up?” Representative Dutch Ruppersberger, the senior Democrat on the House Intelligence Committee, said in an interview. “It is too soon and we can’t rush to judgment until we get the facts.”

Two Republican senators, John McCain of Arizona and Kelly Ayotte of New Hampshire, called on Wednesday for Senate hearings into the matter.

The U.S. officials, speaking on condition of anonymity, described a four month-long investigation of Tamerlan Tsarnaev that lasted from March to June 2011 and was prompted by Russia’s request to the FBI to investigate him. Russia’s intelligence service, known as the FSB, told the Americans that he had become a follower of radical Islam.

As part of the FBI’s probe, Tamerlan Tsarnaev’s name was entered into a U.S. Customs and Border Protection database known as TECS in March 2011, where it stayed for a year.

U.S. officials briefed on the invest