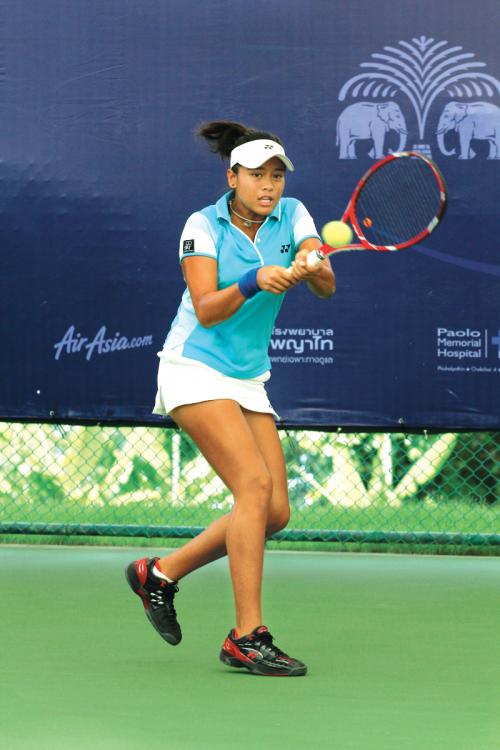 Olivia won the first set 6:2 but Kamonwan fought back to claim the second set 7:6, winning the tie breaker 7:2. The unknown Kamonwan then won the third and final set 6:2. The Thai player, who has no ITF ranking, plays her quarterfinal match today.

“I was so satisfied with the result today” said Kamonwan. “It was a very close match and that win in the second set helped to boost my confidence to win the third set and the match” she said.


Thanyapura Sports and Leisure Club (TSLC) is hosting a round of the prestigious International Tennis Federation (ITF) pro tennis circuit.

The 2013 ITF round consists of two consecutive women’s tournaments from April 20 to April 27 and April 27 to May 4.

Woman leaps to her death from Phuket bridge