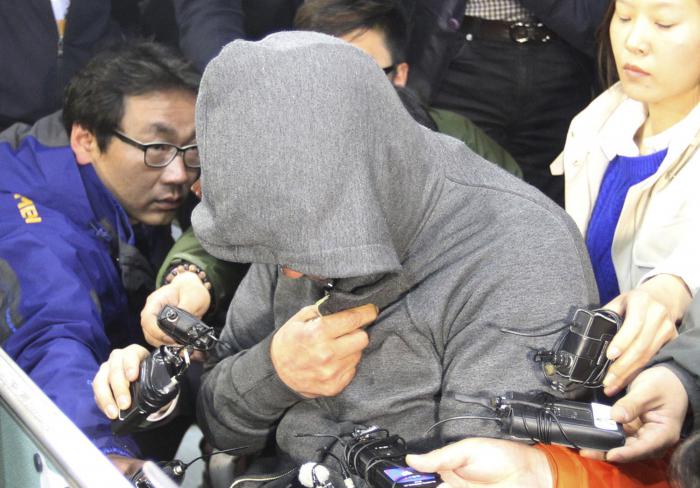 PHUKET: A junior officer was at the helm of a South Korean ferry when it capsized and the captain may have been away from the bridge, investigators said on Friday as the search of the stricken vessel resumed and hopes faded for hundreds of people believed trapped inside.

The official death toll for the ferry, which capsized on Wednesday carrying 475 passengers and crew on a routine trip from the Korean mainland to the holiday island of Jeju, climbed to 25, although 271 people, many of them schoolchildren, were still unaccounted for.

The accident happened in calm, shallow waters and investigators have focused on the role of the ship’s 69-year old captain and the actions of the crew as the vessel appeared to have a clean safety record.

“He (the captain) may have been off the bridge.. And the person at the helm at the time was the third officer,” Park Jae-eok, an official investigating the accident, told a press conference in Mokpo, a city close to the port where rescue operations are being conducted.

Rescuers started pumping oxygen into the Sewol ferry on Friday and three cranes were in transit to the accident site and due to set up later in the day in a bid to salvage the vessel.

Parents of missing schoolchildren blamed the ship’s captain for the tragedy after he and shipping company officials made emotional apologies for the loss of life.

Witnesses have said that the captain and some of the crew left the vessel while others instructed passengers to remain in place as it sank in just over two hours some 25 km (16 miles) southwest of Jindo, a large South Korean island connected to the mainland.

Theories about the cause of the accident swirled and investigators declined to comment on reports the vessel had turned before it listed to port and capsized.

Coastguard officials have said the investigation was focused on possible crew negligence, problems with cargo stowage and structural defects of the vessel, although the ship appears to have passed all of its safety and insurance checks.

Both 69-year-old Lee and the company that owns the ship have apologised for the loss of life, although neither has admitted responsibility.

Most of those on board were children from a high school in the suburbs of Seoul who were on a field trip to Jeju.

Relatives were in mourning overnight in a hospital in the city of Mokpo, close to the port city of Jindo, which is acting as a rescue centre. Some of them spoke bitterly of the captain.

“How could he tell those young kids to stay there and jump from the sinking ship himself?” said Ham Young-ho, grandfather of 17-year-old Lee Da-woon, one of the dead.

Lee has not made any public statement on whether or why he may have left the vessel before many of the passengers.